The players of United Glasgow FC – the Refugee Team know all about what’s fair and what’s not. We’re delighted to have signed-up as Official Match Ball Sponsor for the club. The men’s and women’s teams will be training with the Bala Team Fairtrade training balls and playing with the Bala Pro Fairtrade match balls. We wish them every success for the season. 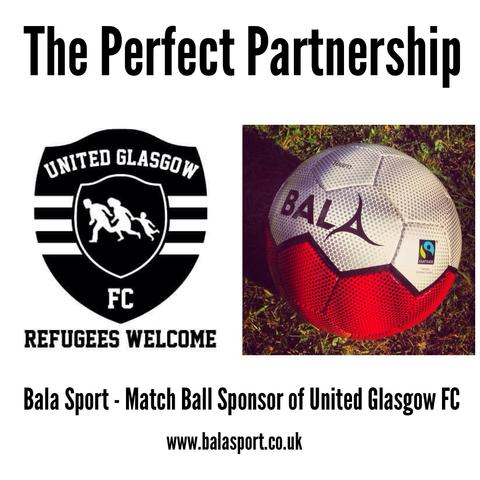 We’ve long been fans of the club having supported the team in the early days of Bala before we started manufacturing our own Fairtrade certified and branded balls. The club provides a great and crucial means of bringing people together through football, in a city where sometimes the opposite occurs. Team members from many and varied backgrounds learn about each others cultures through footy and is all about ending racial hatred, sexism, bigotry and homophobia – what could be better than that – and exactly what the game should be about. 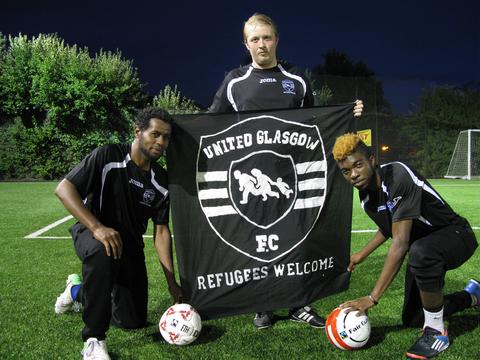 We look forward to sharing some pics of the teams training and playing with their new ethical balls.