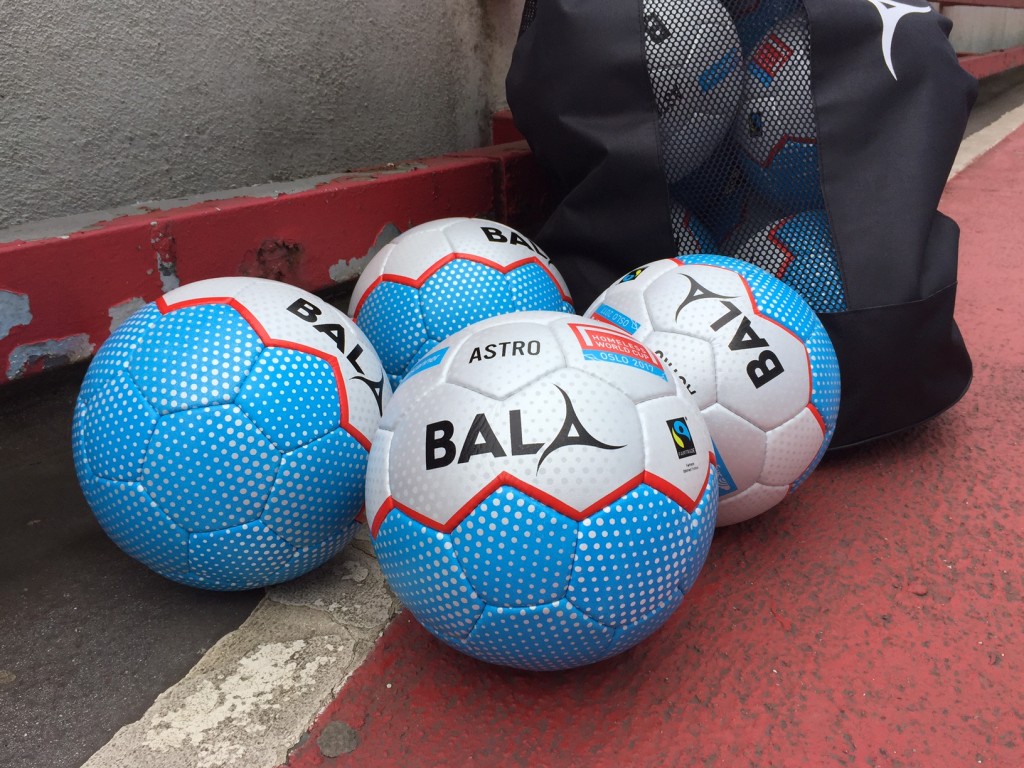 The Norwegian  city of Oslo plays host to the 2017 Homeless World Cup (29th August – 5th September).  72 teams from 54 countries will take part in the annual tournament. The 500+ players have experienced homelessness and many have suffered from addictions but they have all turned their lives around thanks to their participation in football projects in their home countries. Now they’ll stand proud representing their country and being cheered on by thousands of spectators during this free to watch event.

The matches last 14 minutes with a half time break and the teams have 4 players each so these games guarantee some fast action with loads of goal scoring. The tournament is expected to be watched around the world by 3 million viewers online.

Once again Bala Sport is delighted to have provided 325 special official match balls for the tournament. As well as changing the lives of the men and women who regain their self-esteem and respect from the public through taking part in the tournament, our workers who make the balls in Pakistan also benefit from the Fairtrade premium generated from these balls, so it’s a win-win scenario for everyone.

The balls were specially developed for last year’s Homeless World Cup in consultation with David Duke and the team at Street Soccer Scotland and are hard wearing, hand stitched balls made to the same standards as FIFA Inspected balls. Get you hands on one soon for just £25 before they sell out.

We are delighted to once again be Official Match Ball Partner in association with Skyscanner. Check out the very short video below for the launch of this partnership.

We’ll be in Oslo for the start of the  tournament so keep checking back for updates of all the action.