Old Girls Play Fair At Their Own World Cup 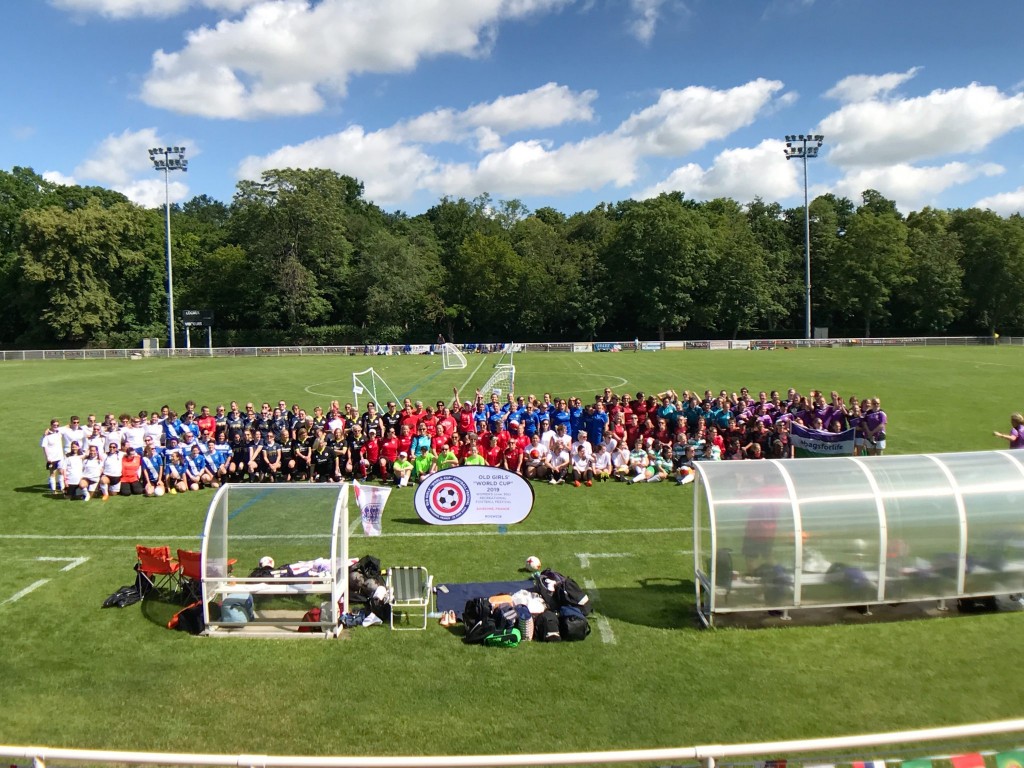 The FIFA 2019 Women’s World Cup will of course do great things for women’s football throughout the world raising the profile of the game and encouraging more girls to take up the sport. But it’s not just girls, women of all ages can now play the beautiful game at any age. One woman took it upon herself (with some help) to create an alternative women’s World Cup event. 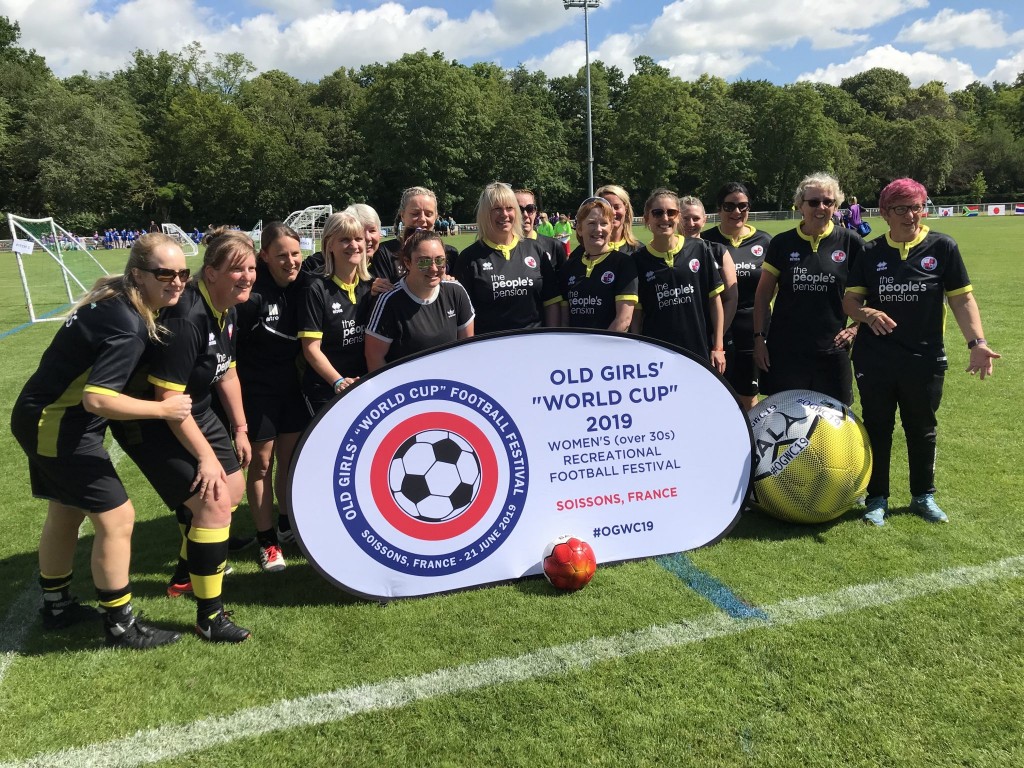 So after a year in the planning, and held in France on the rest day of the FIFA 2019 Women’s World Cup, the Old Girls “World Cup” took place for the first time, following a festival of football for women of all ages at the Soissons FC ground in northern France. This important event was the brainchild of Carol from the Crawley Old Girls (pictured above). Two hundred women from all over the UK and beyond travelled to Soissons for the event, some of whom had never played football before. All seemed to have a great time at the festival during the day and the competitive World Cup event in the evening. 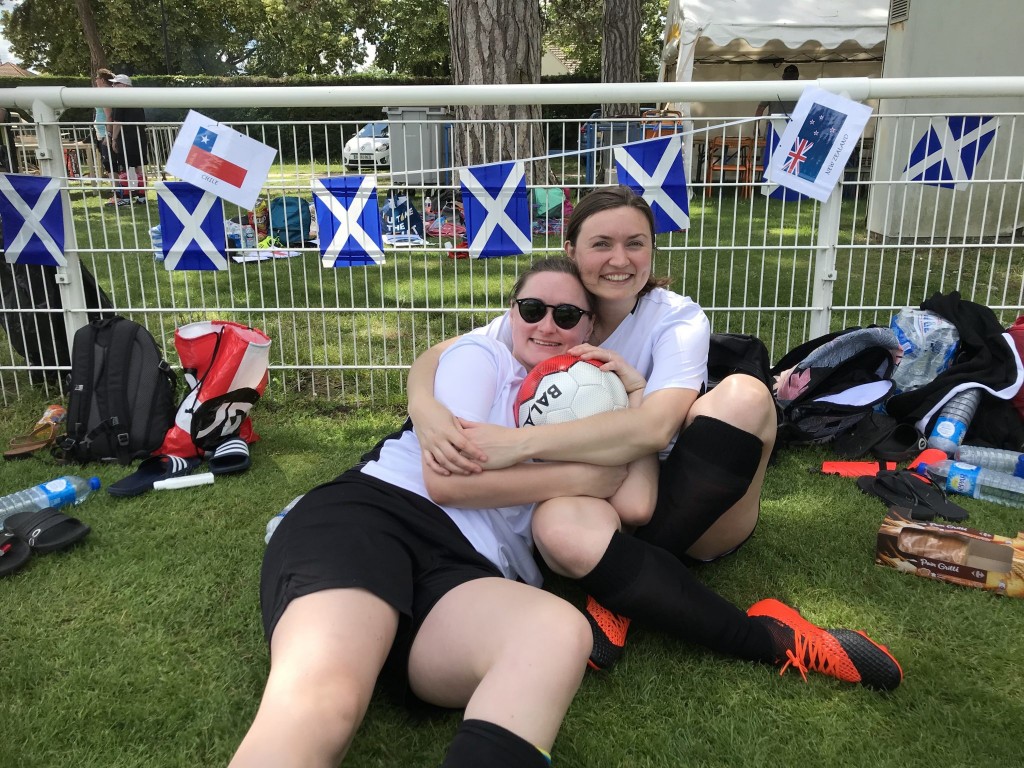 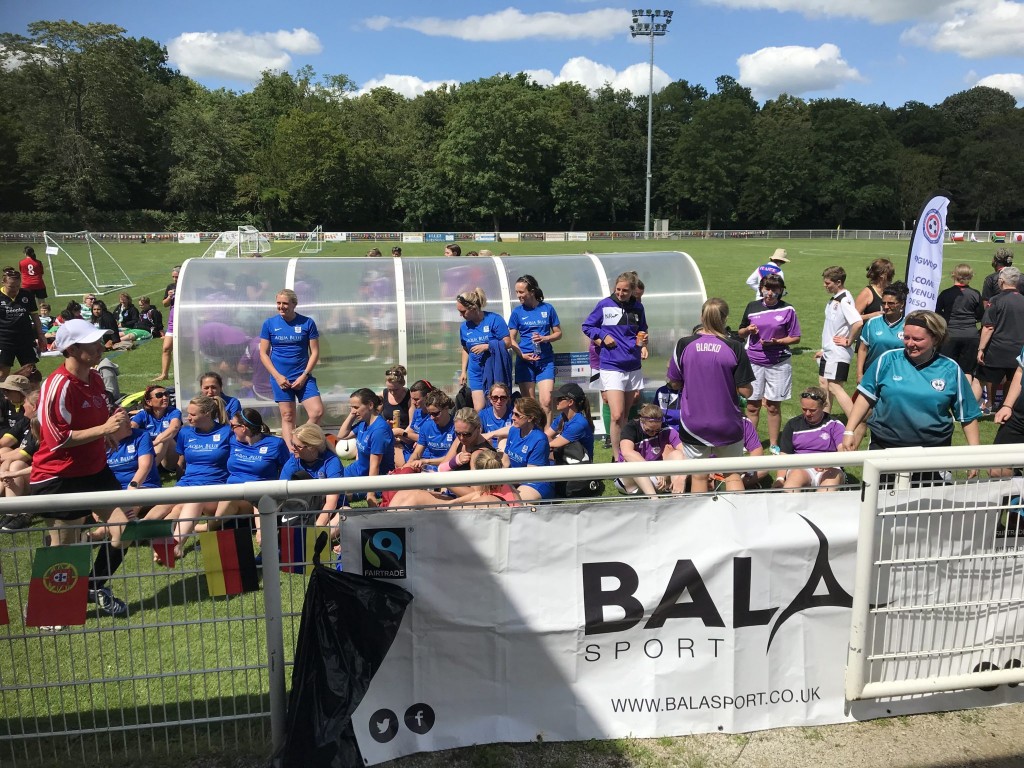 This was an important choice of event for us to support as we are very keen to promote the women’s game and a very keen supporter of all grassroots sport. We believe that football should be for everyone. The men’s high level competitive game is great, but so is a friendly kick about with groups of people coming together for the first time and enjoying camaraderie through a game of footy, and as this year’s FIFA Women’s World Cup has proven the women’s game can be very bit as engaging to watch. 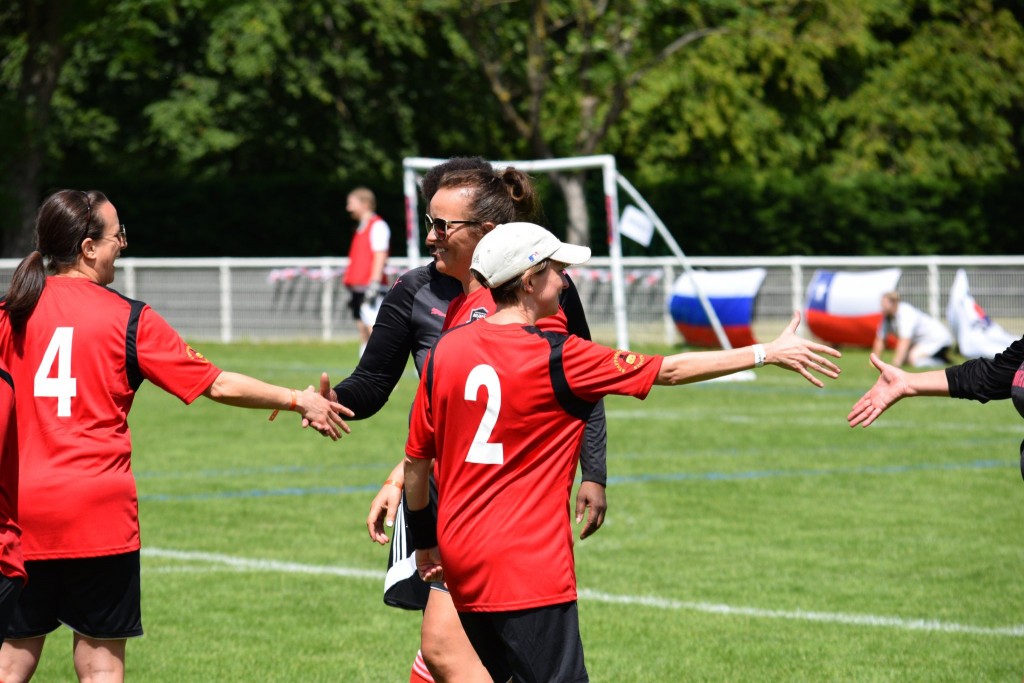 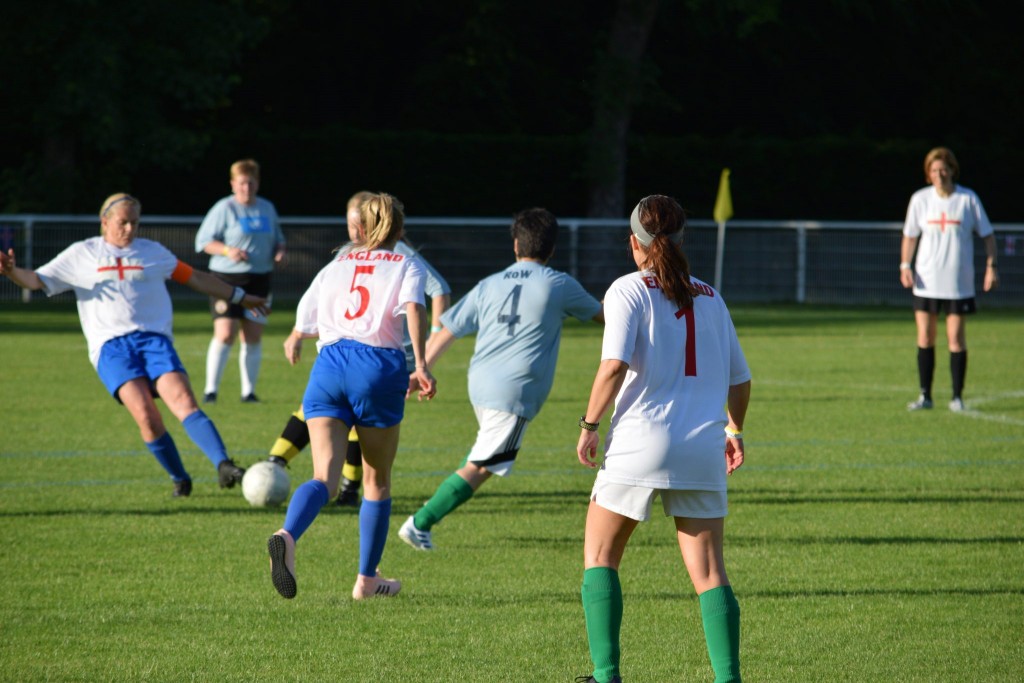 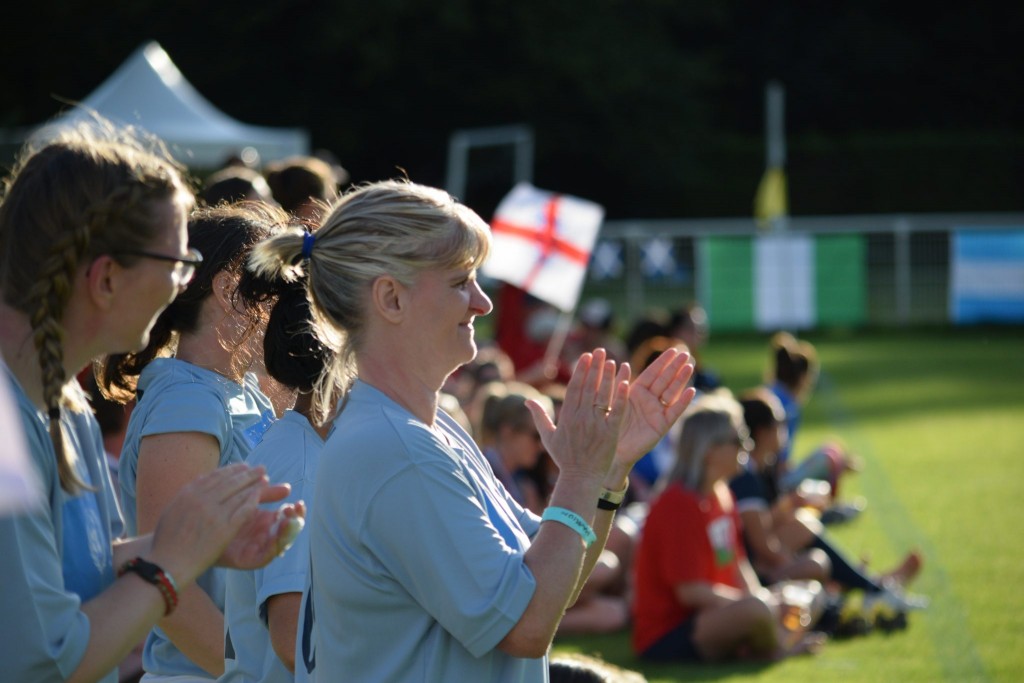 The festival and tournament were organised by Carol Bates from the Crawley Old Girls and Jo Treharne from the Canterbury Old Bags.

Check out the OGWC19 blog from Carol on the Crawley Old Girls website here. 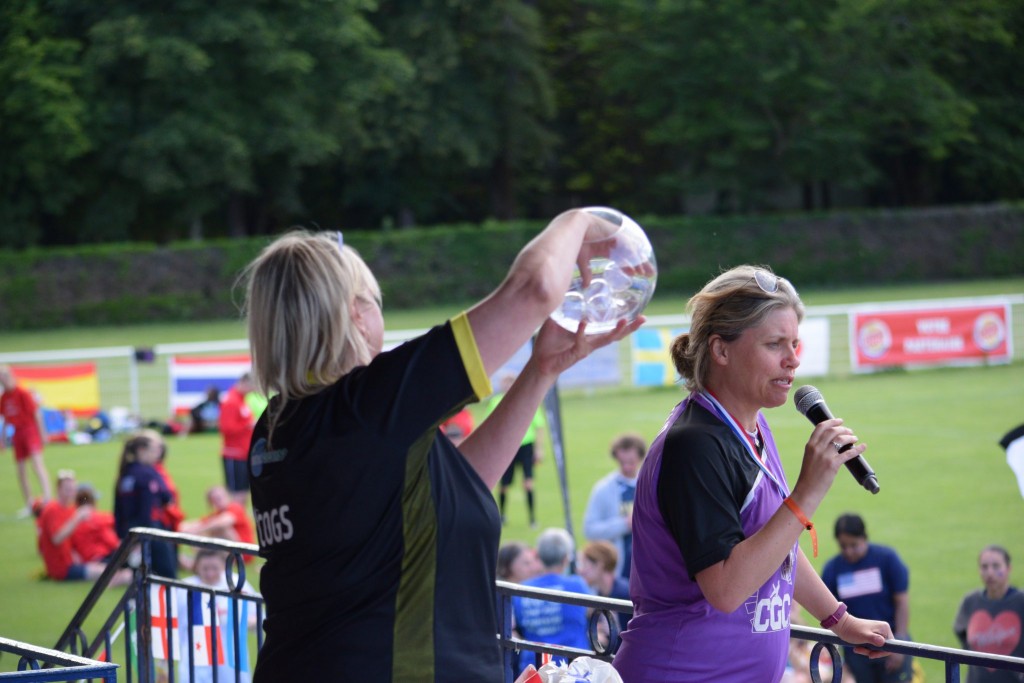 Co-organiser and awesome compare for the event Jo Treharne (in the purple vest).

The Lost Generation Come Together in Soissons

It’s hard to believe now with all the exposure and current encouragement for women and girls to play that they were banned for so long from participating in the sport. But now the lost generation of women who missed out on playing this great game in their younger days can now kick a ball about in a team environment, at literally any age (providing they have some level of fitness, and there’s a team nearby). Meet Ginny, one of the COGS (Crawley Old Girls). 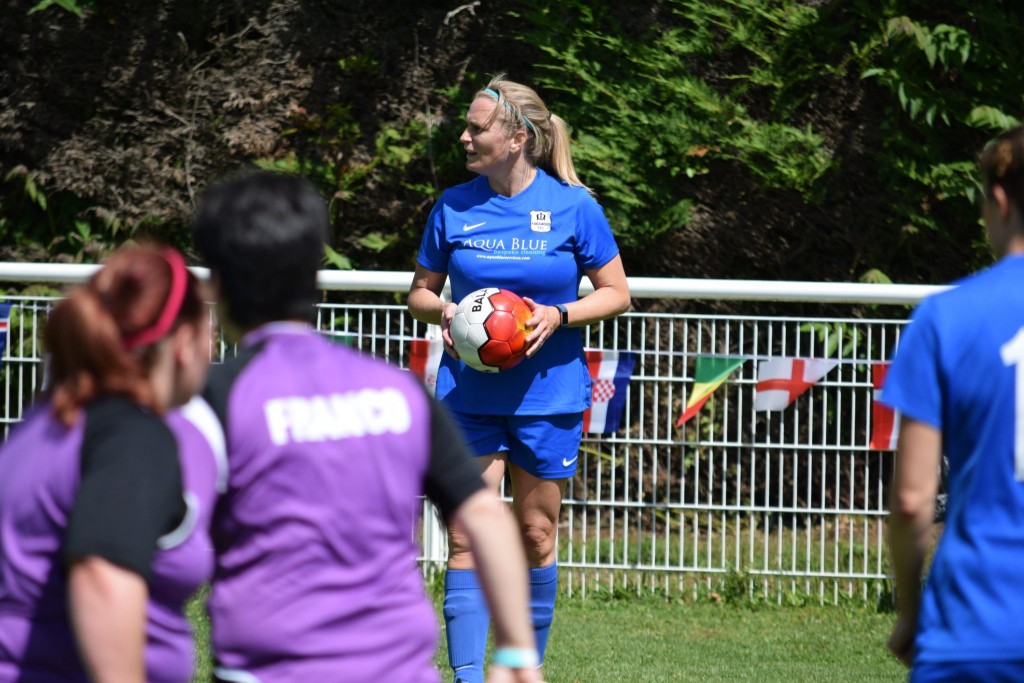 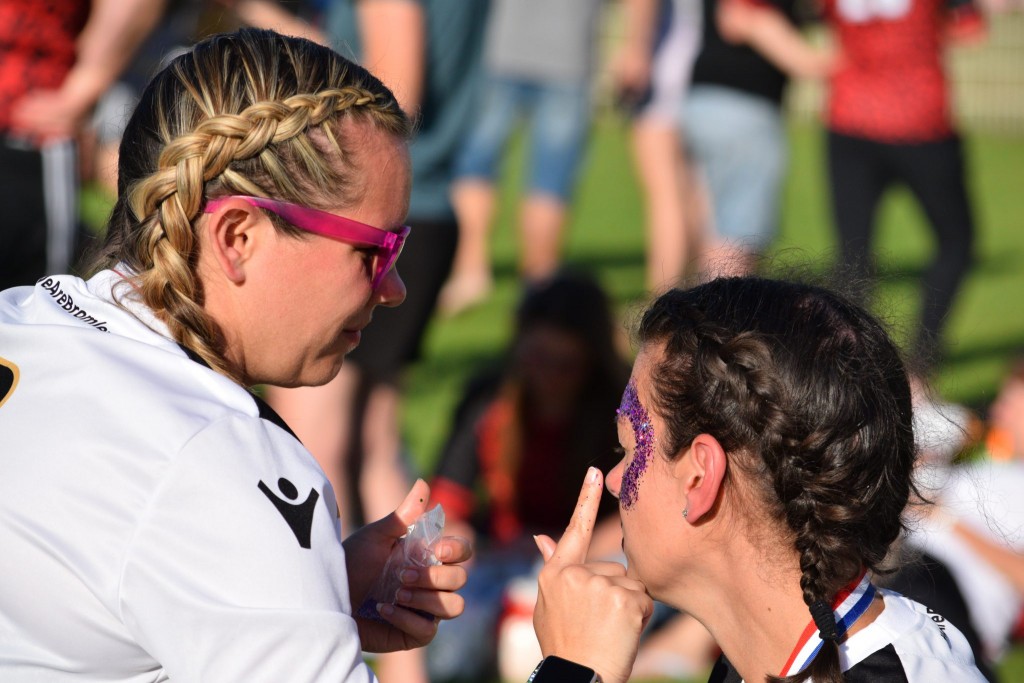 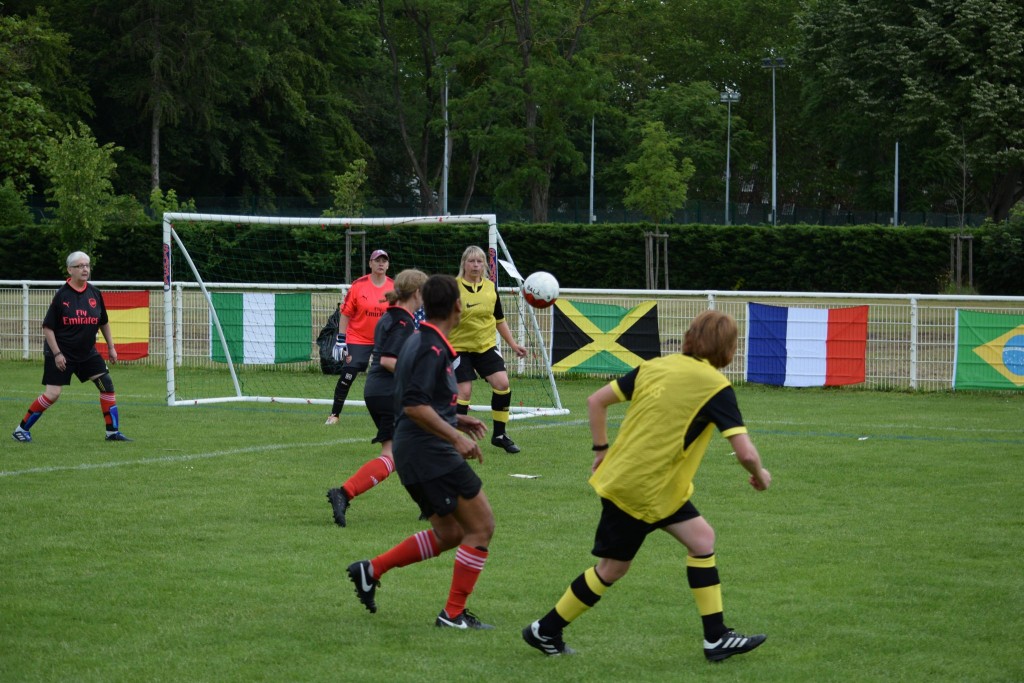 We were delighted to get a shout out for our support at the event. 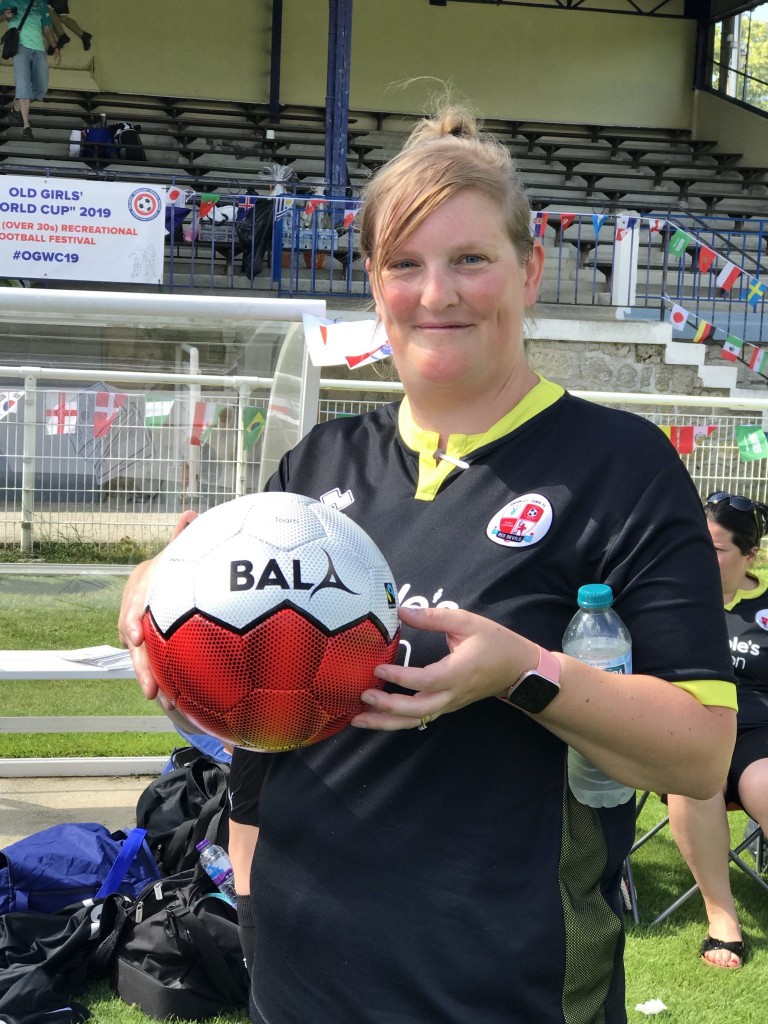 Our giant Fairtrade ball went down well between matches. 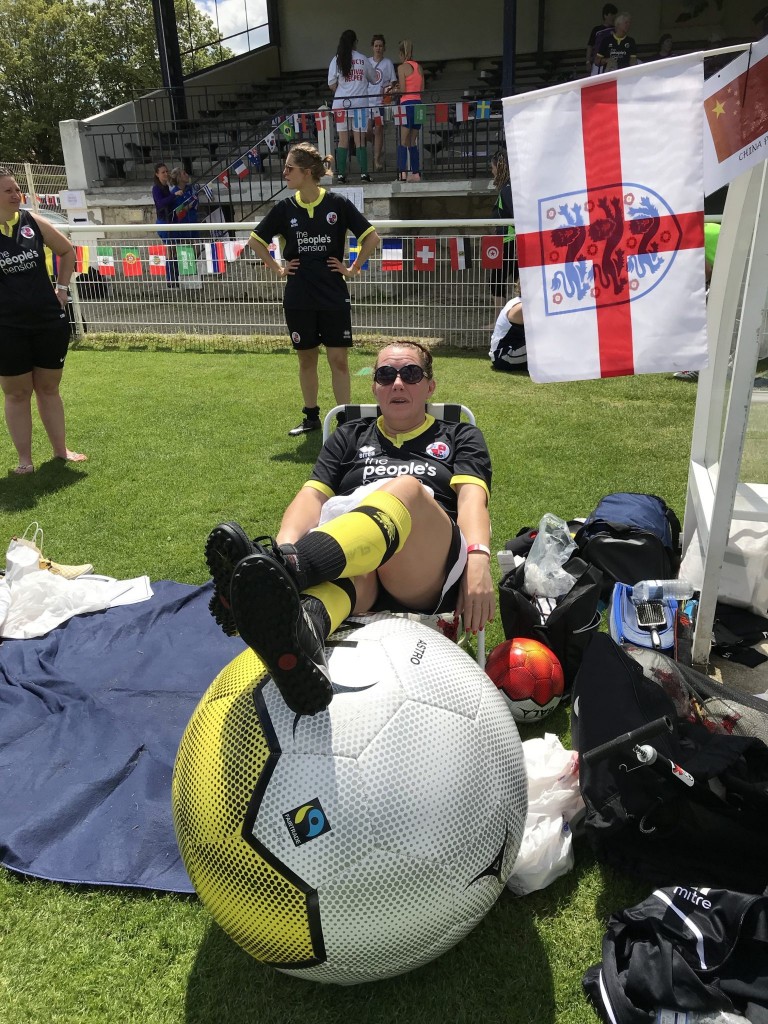 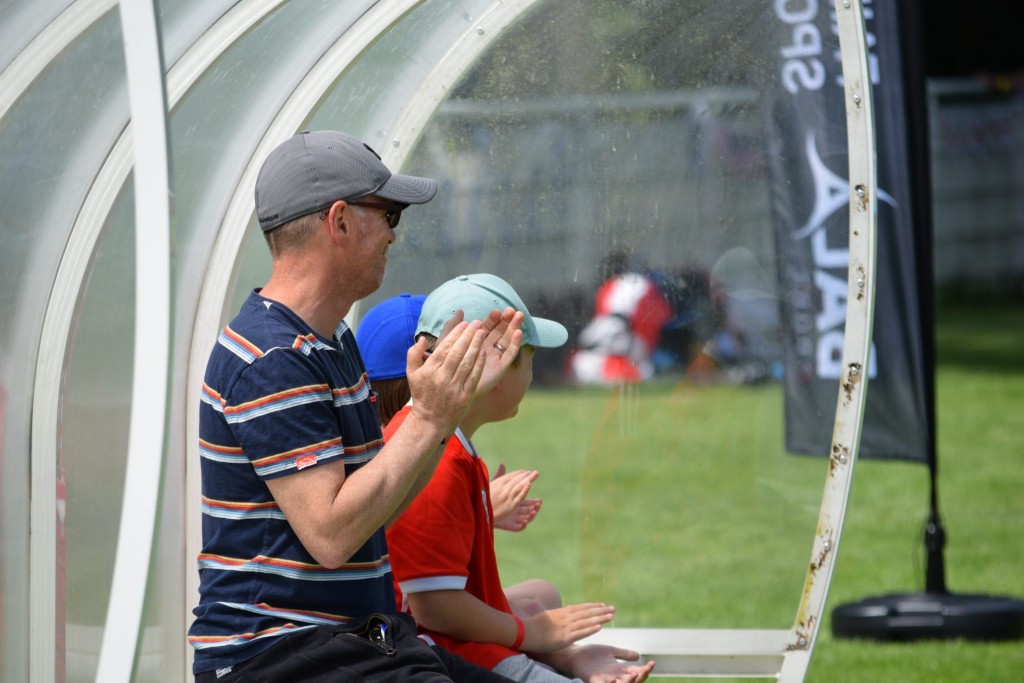 We were delighted of course that everyone seemed to like the Bala Sport Fairtrade Team balls, as well as the back story of how they help the workers in Pakistan who make them.

All players in the recreational event were presented with a medal. Superb and all well deserved! 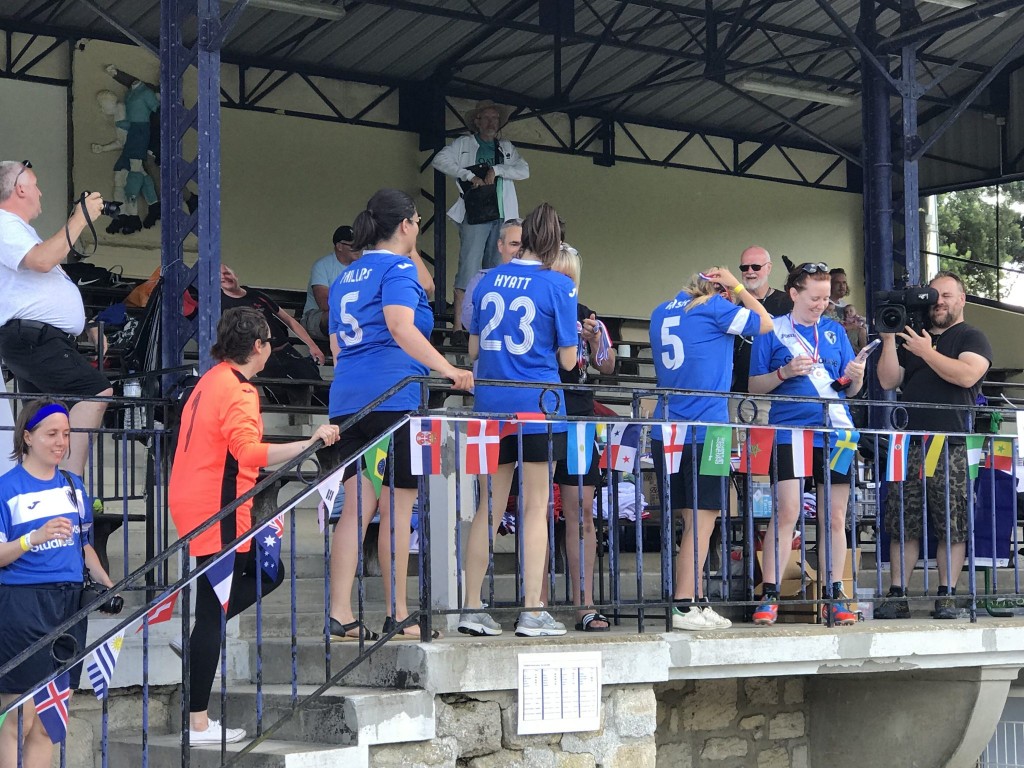 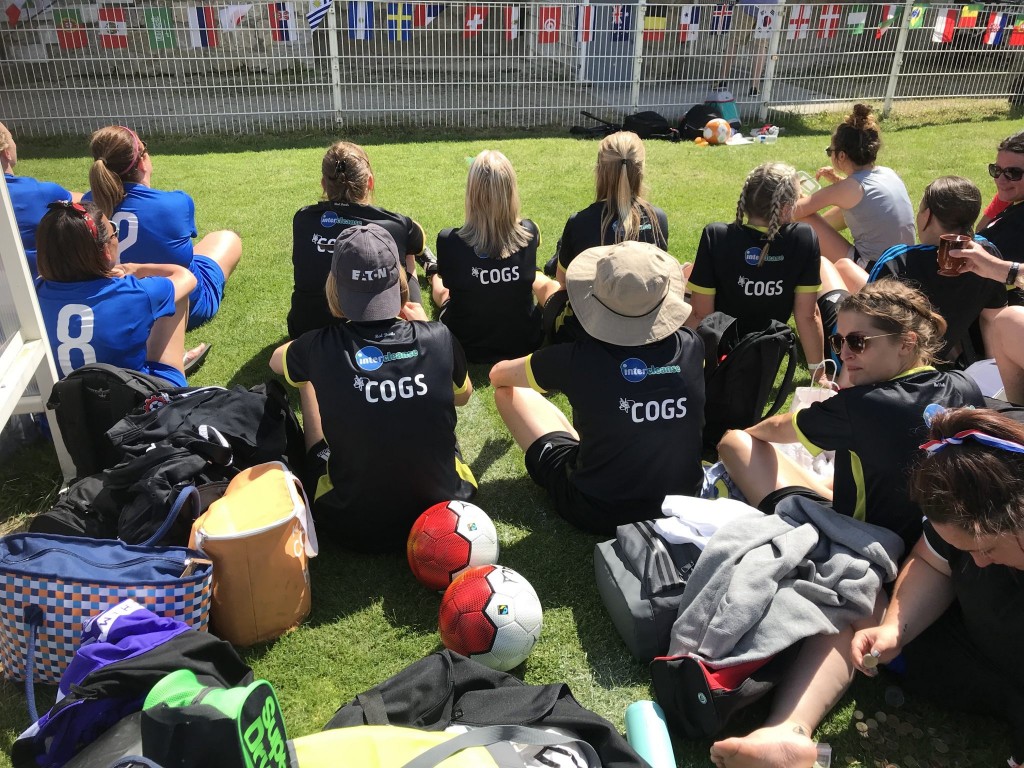 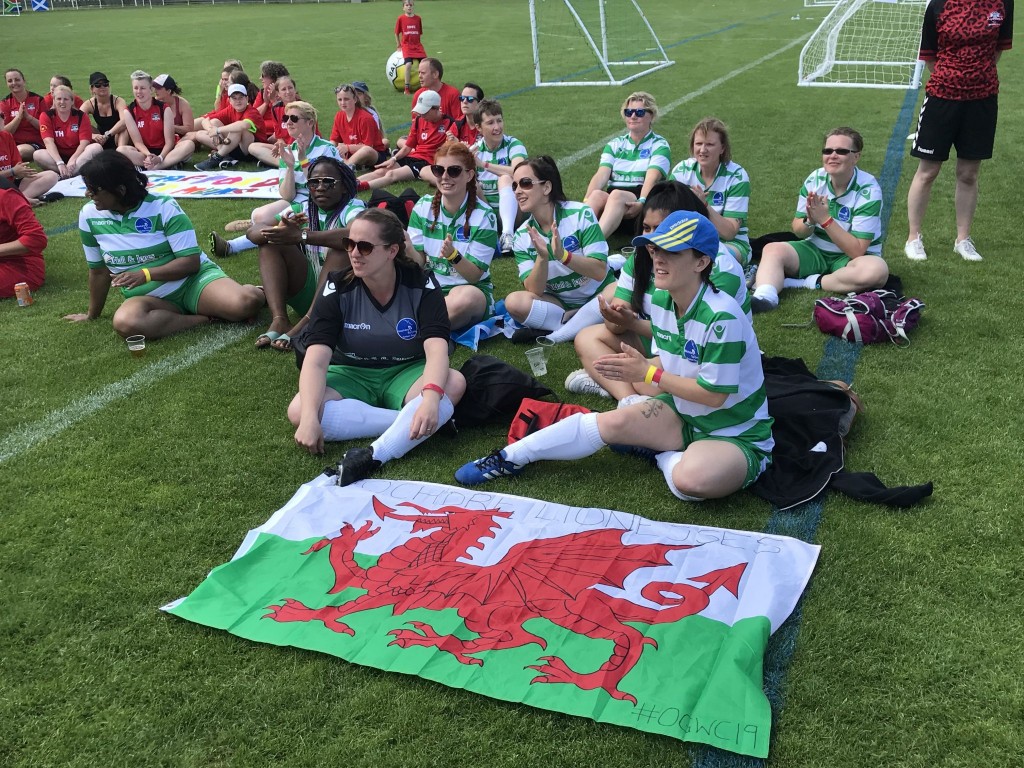 While Bala Sport was snapping away our photos, the talented Jade Harker Photography (pictured below) was in action capturing both the recreational festival part of the  event and the evening competition. Tournament hosts, Soissons FC provided an immaculate grass pitch for the tournament and lots of young players to lead out the teams.

Bala Sport’s Fairtrade sports ball ambassador, Norman Habri came along to meet the teams and entertain them with a brief bit of his distinctive freestyle performance. Norman is 4 times Guinness World Record Holder for keepy-uppy with 2 balls. There was talk of a couple of challengers for him from the women, but no-one came forward haha. Norman was also on hand to offer some freestyle tips to the young Soissons FC volunteers. 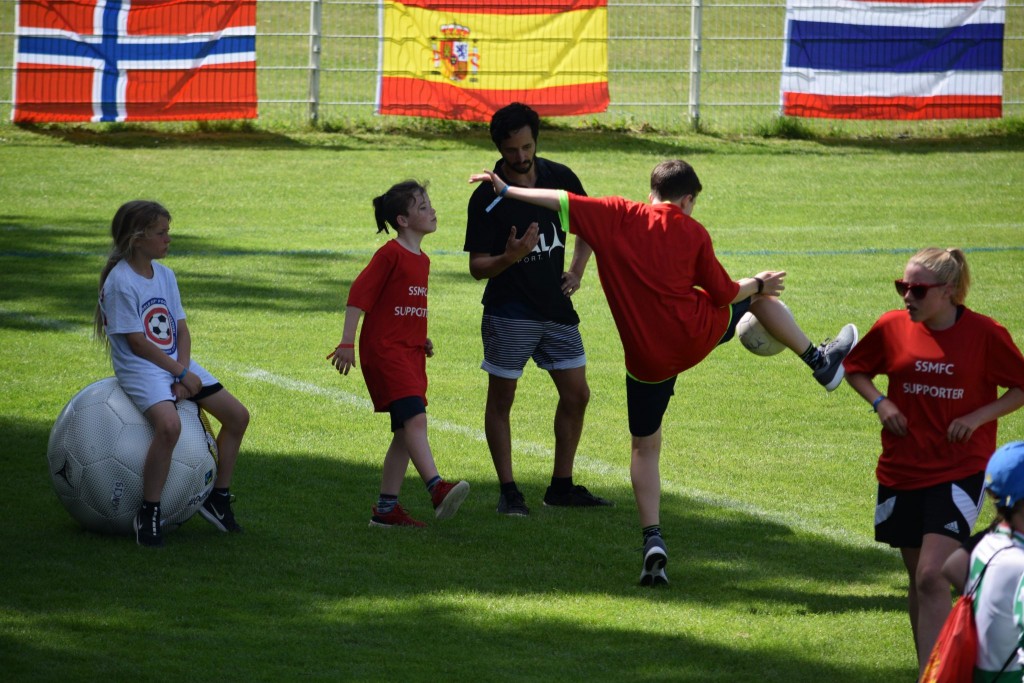 Although the festival was all about recreational footy there was a competitive element to the evening in the actual Old Girls World Cup resulting in the final between England and the USA (sound familiar)?

So in the Old Girls World Cup it was Team USA that triumphed. But it was success for the English event organisers and we hope this will be a regular tournament.

Congrats to everyone who took part in this awesome event, and to Soissons FC for hosting it and providing amazing volunteers. Until next time! 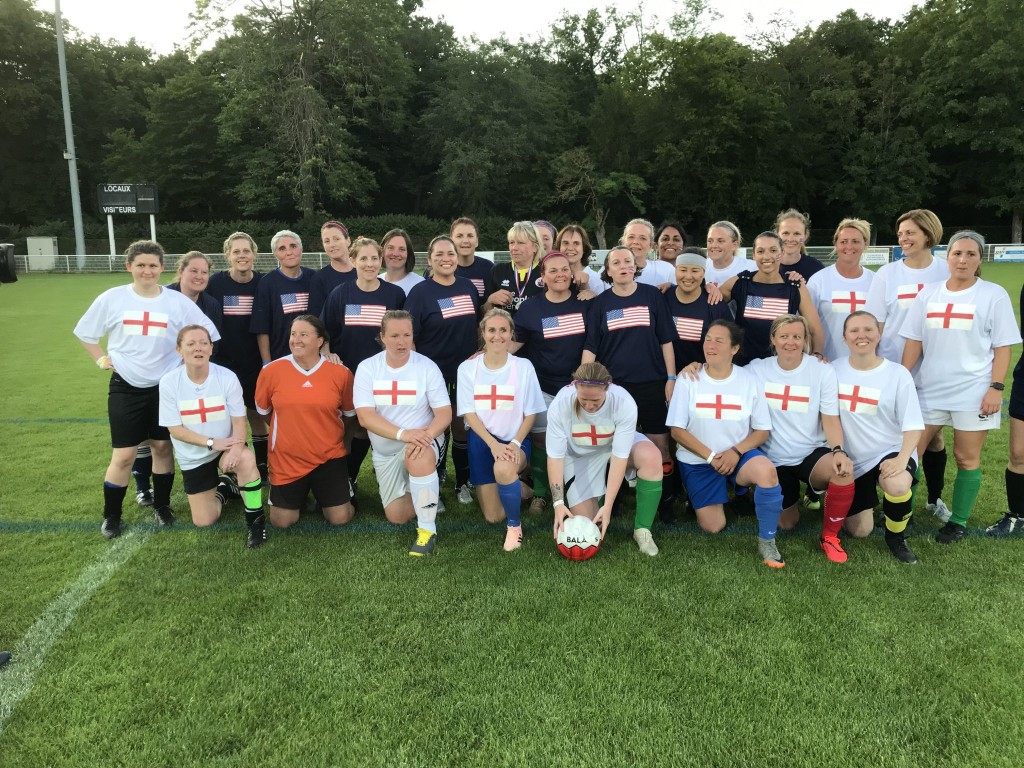