Murder on the Football Pitch 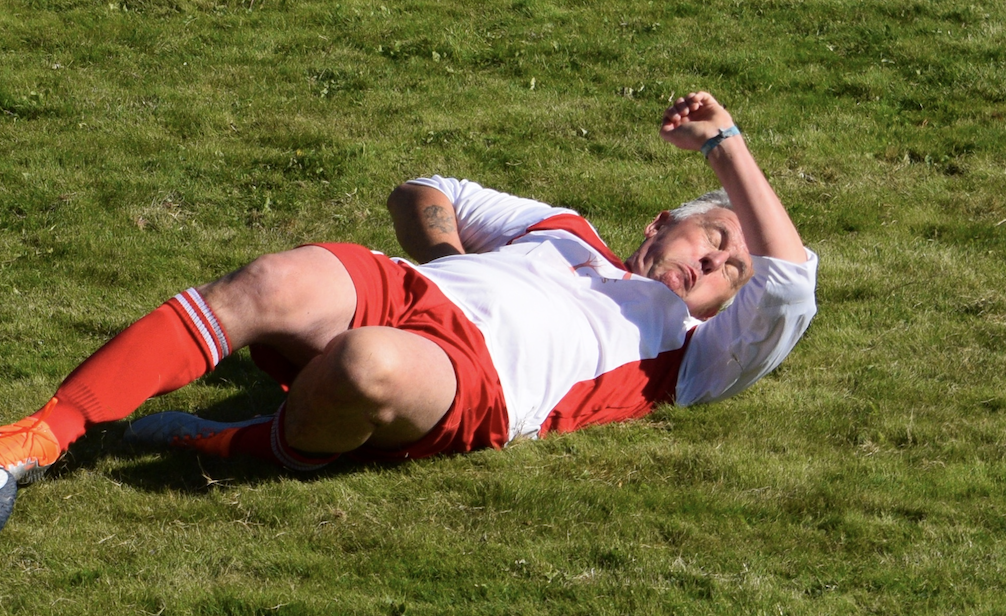 Rigor mortis? No just man down for a few seconds

Don’t worry the murder and other evil deeds are all in the heads of the players as the teams in this match in Stirling are completely made up of crime writers. It’s Bloody Football, Scotland v England and it’s part of the annual Bloody Scotland Crime Writers Festival.

Check out the action in this short video below.

Watching the game (played on the old bowling green at Cowane’s Hospital) was the mighty Ian Rankin  and playing for Scotland the mighty Christopher Brookmyre. Scotland also had Emily Dodd in the team. The English side triumphed and we are delighted that the match was played with Bala Sport Fairtrade match balls. A great day! 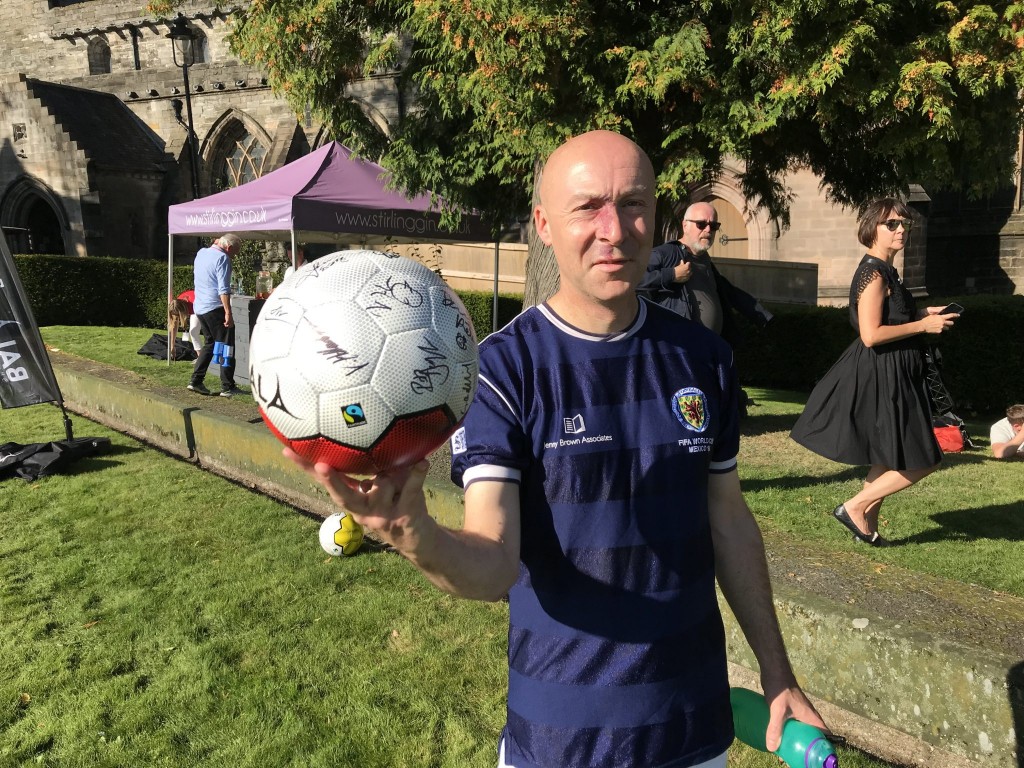 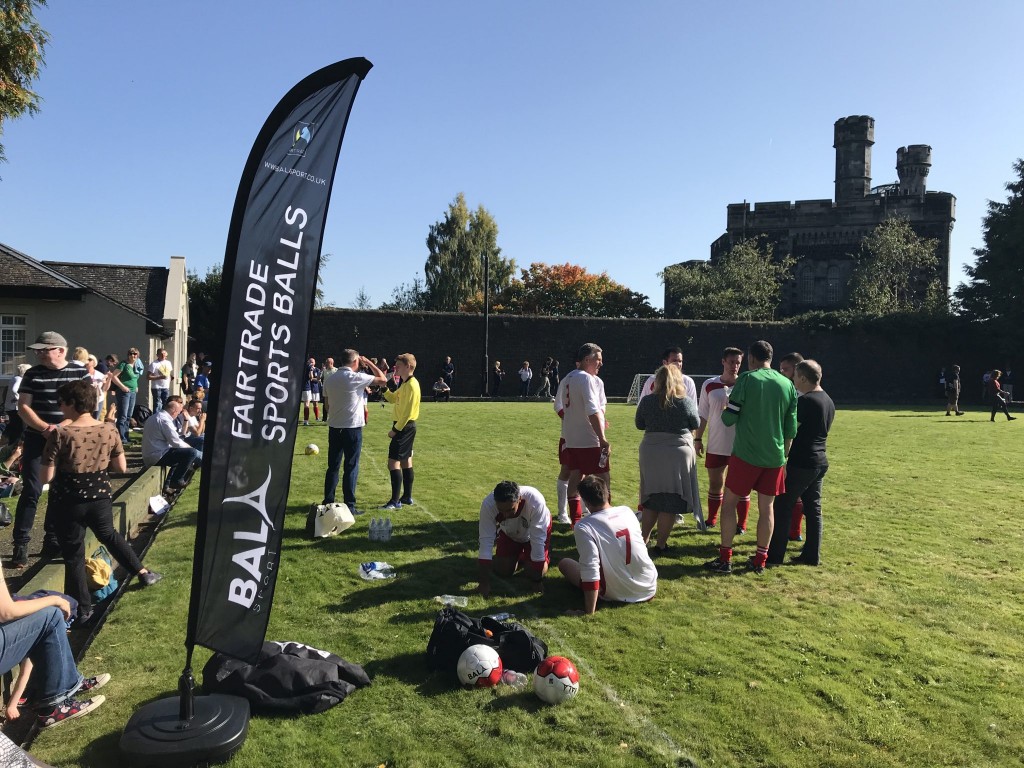 The match was played on the old bowling green at Cowane’s Hospital in the heart of the historic city of Stirling.