After the arrival in the late summer of our funny shaped balls we’re delighted that our rugby range is taking off. We officially marked the launch of the balls in Cardiff with the help of our friends at Fair Trade Wales. It had to be in Wales as surely no other country has the same enthusiasm for the sport (well maybe the Kiwis might argue this). Welsh speaking club, Clwb Rygbi Cymru Caerdydd were keen to try out these high quality ethically made balls. 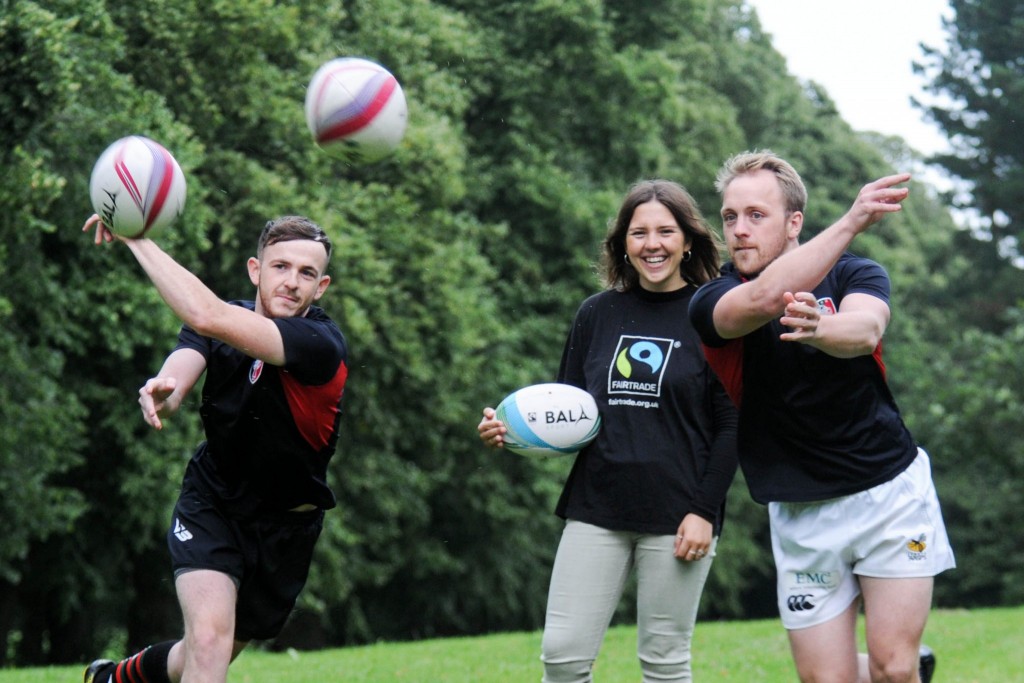 Gareth Williams, Head Coach said: “We were approached by Fair Trade Wales to test out Bala Sport’s new rugby balls and I have to say that they are top quality, when we are next sourcing supplies it’s a product that we are going to consider.”

This comes as no surprise to us as the Pro ball conforms to International Rugby Board (IRB) specifications and was developed by working with Scottish Premier League teams and a First Division Team. 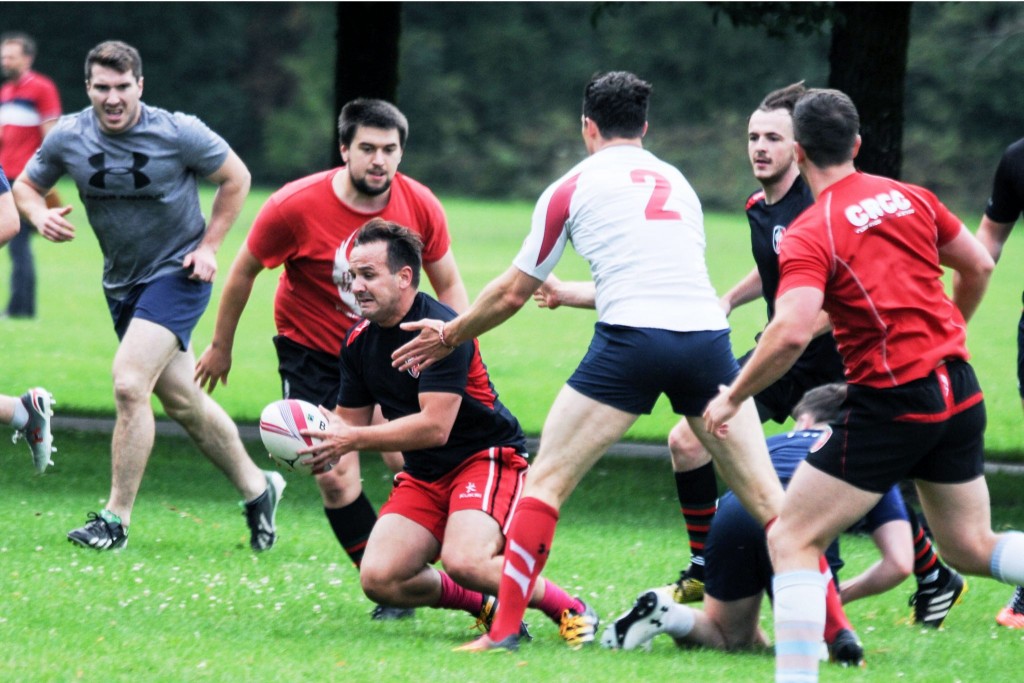 Julian Rosser, National Coordinator of Fairtrade Wales said: “In Wales, we are proud to be the world’s first Fair Trade Nation, so there is clearly a passion to try and support others who are trying to better their own lives”.

That’s absolutely what these balls are all about. As usual with Fairtrade, sports ball workers benefit from fair rates off pay, safe working conditions and the additional 10% Fairtrade Premium we pay them. We visited our workers in India during our first production run to see how they were doing, you can read more about this and watch our short vlog here.

Bala Sport is a champion of grassroots football and rugby and we are really pleased that one of our first customers for our new rugby balls was ng homes in Glasgow for the Pitstops Project run in association with the superb School of Hard Knocks. Pitstops is an awesome scheme to get unemployed males back into work through a programme of rugby and personal development courses. The paragraph below is from  one of their Facebook posts about a recent match between some graduates of the project and a couple of local teams.

“WOW! …8 weeks ago this bunch joined a group & started a personal journey that on Sunday saw them play (& compete!) in contact rugby matches (as School of Hard Knocks Scotland RFC) against local opposition…
Massively proud of ALL the participants of Pitstops Cohort 5 for what they have achieved, and look forward to celebrating at Wednesday’s Graduation…
MASSIVE thanks to Glasgow Alphas & Bishopton Rugby (and Michael Peter Robert & Chris!) for providing opposition on a Sunday morning-very much appreciated!” 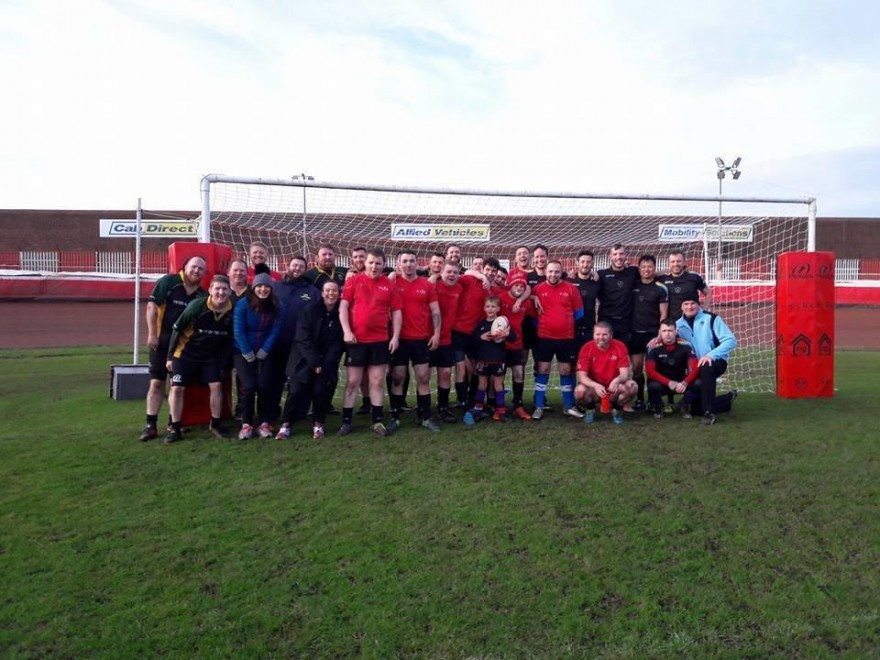 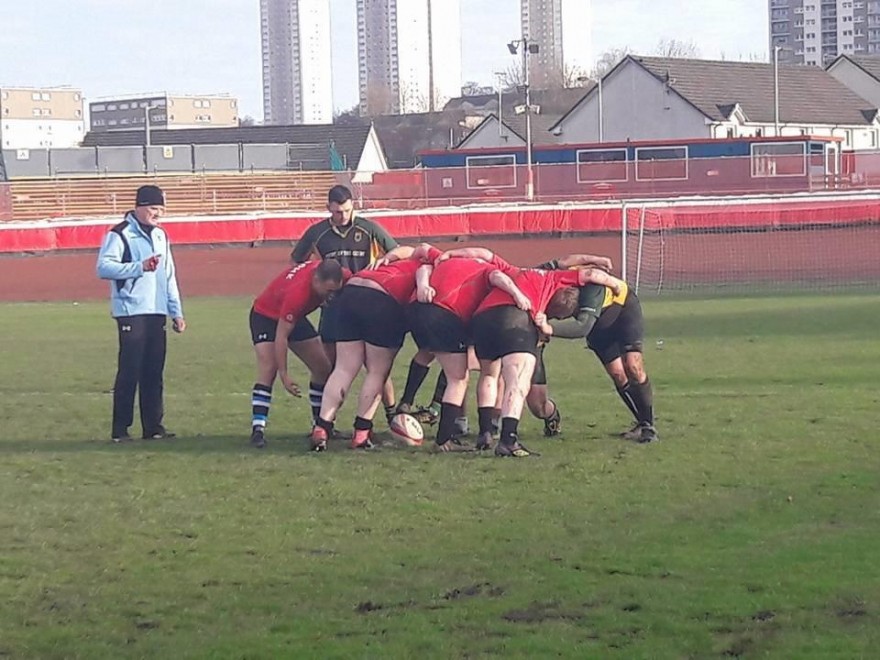 Awareness of Fairtrade sports balls is steadily increasing and there’s a one woman campaign which deserves recognition for major efforts here. Sharron Hardwick renamed her Fair Trade in Football Campaign  the Fair Trade in Football & Rugby Campaign to mark the launch of our Bala Sport rugby balls and she’s already pulled out all the stops. 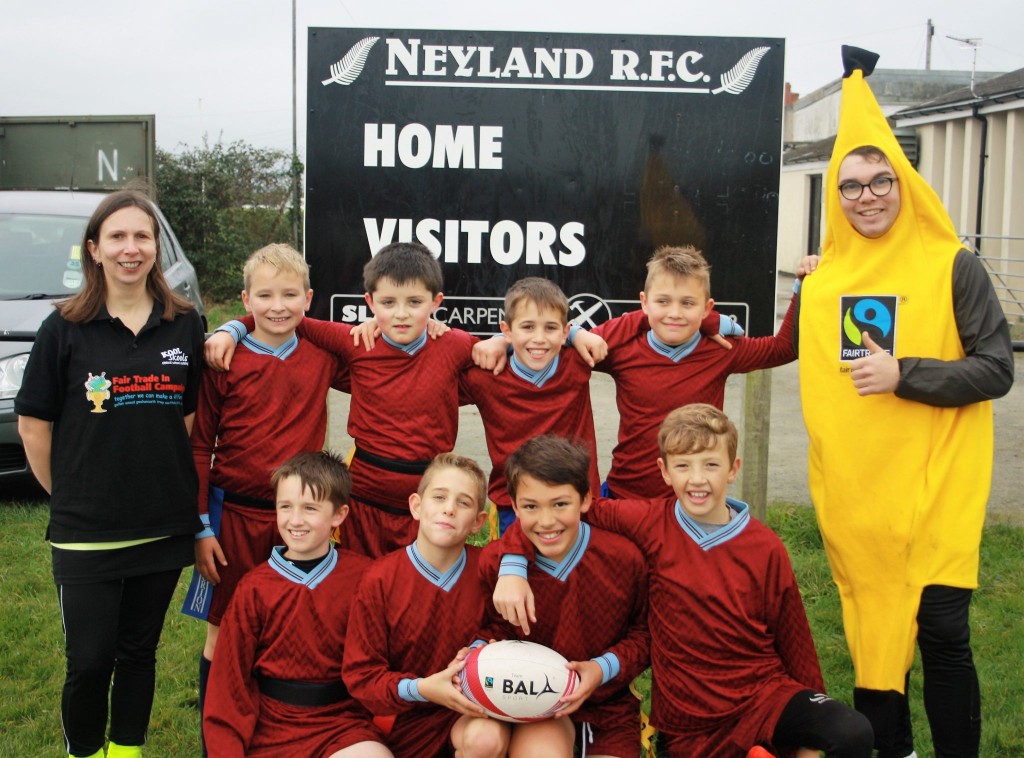 Sharron had the idea for Wales’ first ever Fair Trade Rugby Tournament for primary schools in Pembrokeshire and she provided the balls to make it happen. You can see heaps more photos and read the detail in this Facebook post. 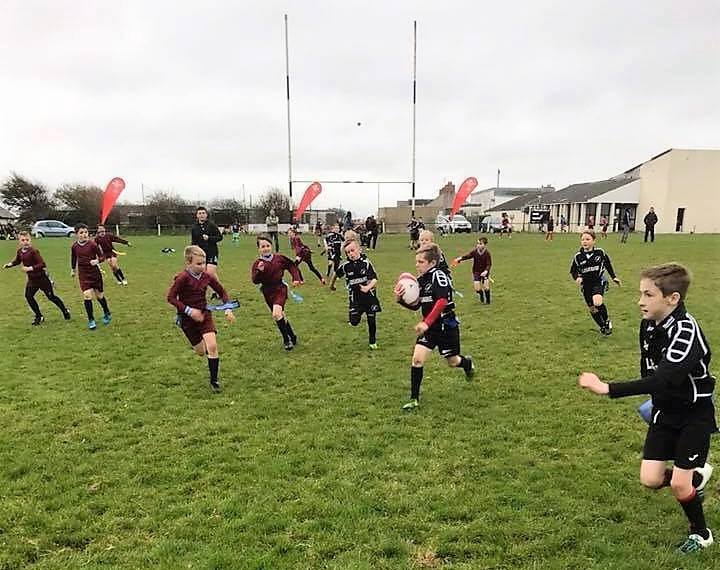 “When I had the phone call from Sharron, we were delighted to help by letting the players use the new Fairtrade rugby balls for the first time. It’s a brilliant idea and one that I would be willing to get behind again. We had positive feedback from the schools which was brilliant and the festival was a massive success with 10 primary schools attending“ said Lloyd. 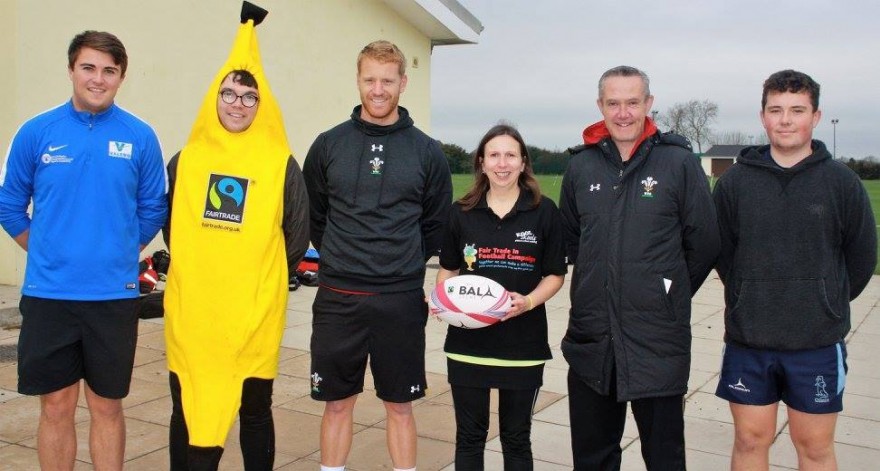 Ffion Storer Jones of Fair Trade Wales said; “Fairtrade rugby balls are a great choice for schools and sports clubs. Fairness is central to sports, and using Fairtrade rugby balls is a fantastic way for children to understand the importance of ensuring a fair deal for everyone.”

SAVE BIG AND CHANGE LIVES

Schools, fair Trade Groups and rugby clubs get a 30% discount on individual balls and we currently have a special offer for everyone on our ball & bag packages. 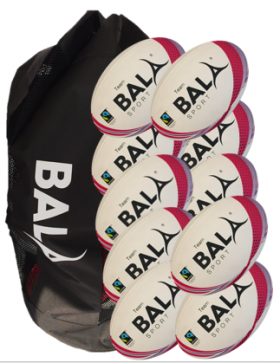 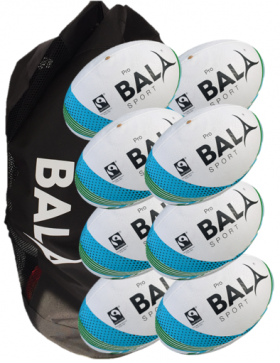 10 hand stitched Bala Sport Fairtrade Team rugby balls and a carry bag (pictured left above) are currently just £165, that’s a 30% saving on these great quality balls which can be used as a schools training ball and in matches. They’re great for amateur clubs too. Check out these great deals.

Please tell your friends, family, school, random people in the street that these balls exist and together we can #ChangeTheGame of rugby.