There are more than 2,000 Fair Trade towns across 34 countries so we were delighted to connect with some of them at the International Fair Trade Towns Conference in Cardiff (18-20 Oct) and spread the word about our Fairtrade Certified sports balls. 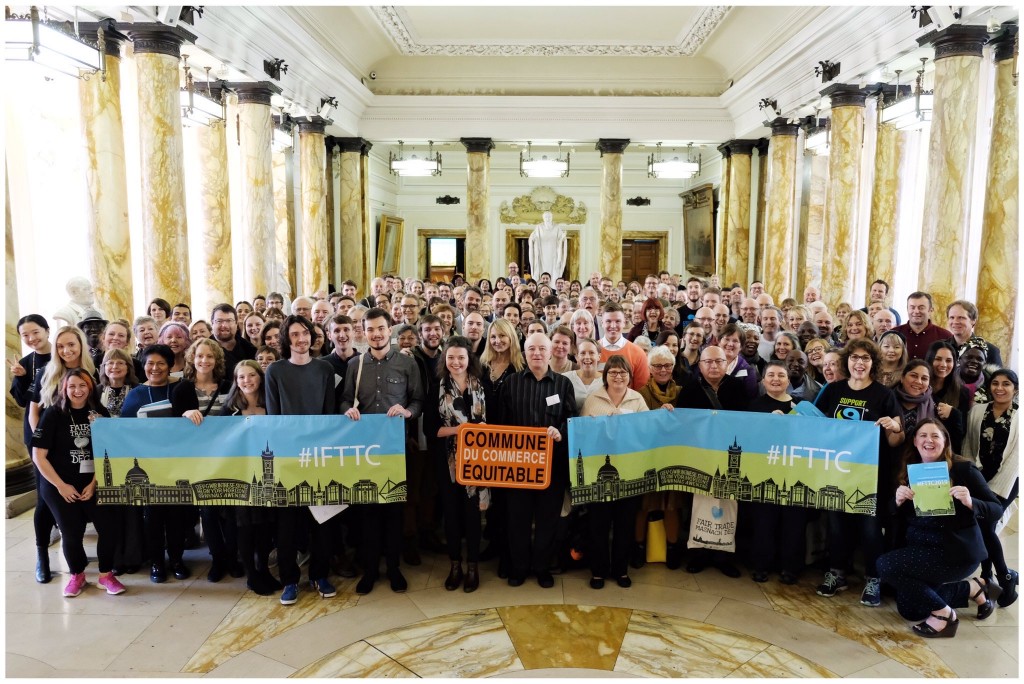 More than 200 delegates attended the event at the Cardiff City Hall. 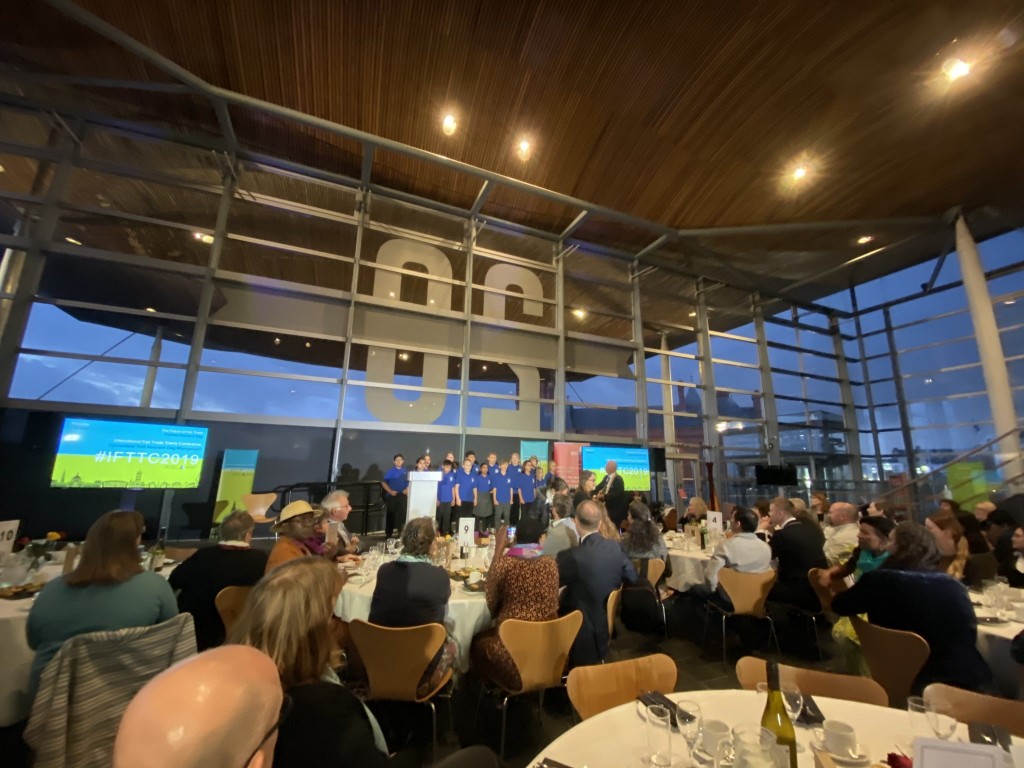 The event was opened with a dinner and entertainment from a local Fair Trade School at the Welsh Parliament’s Senned building. 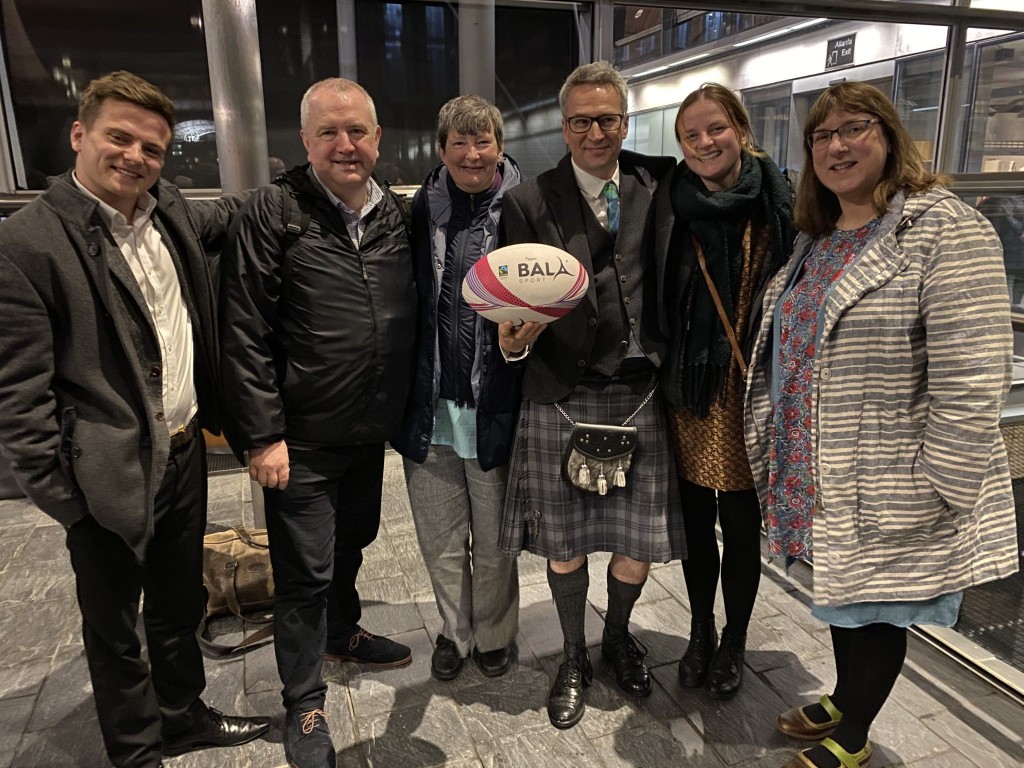 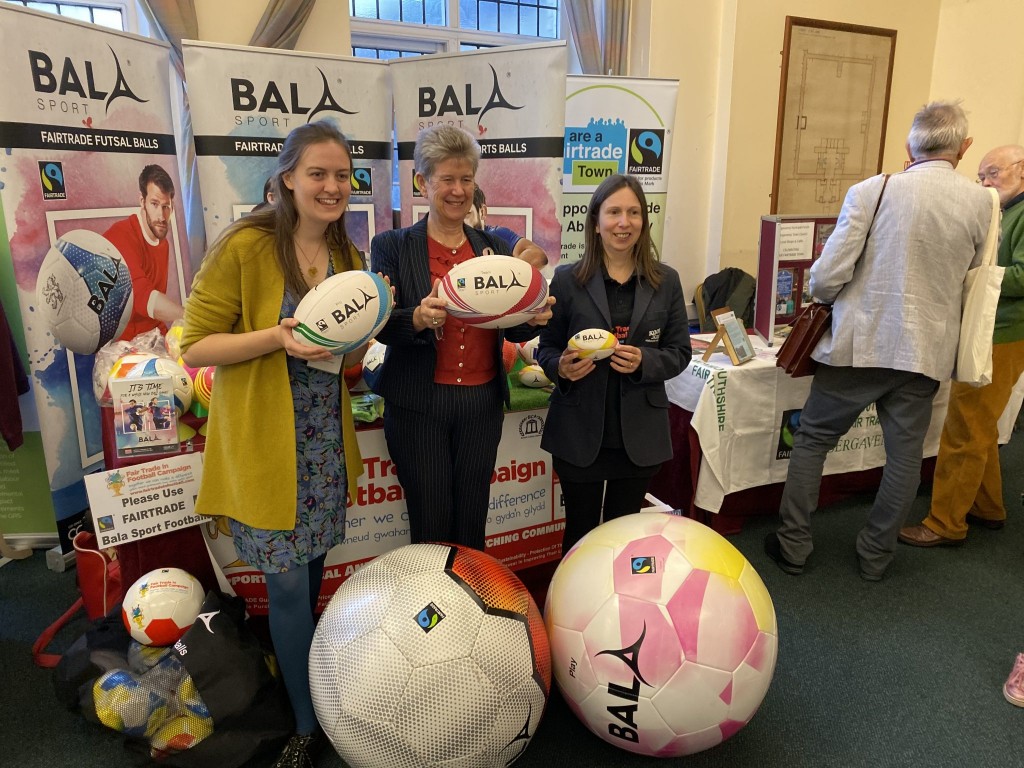 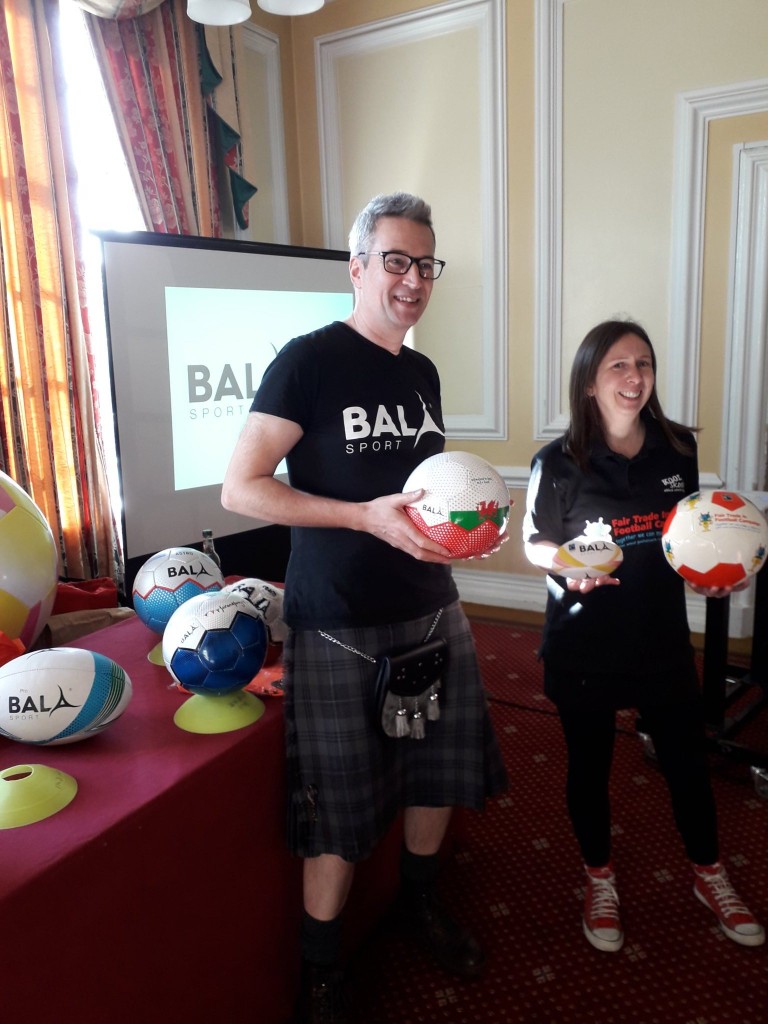 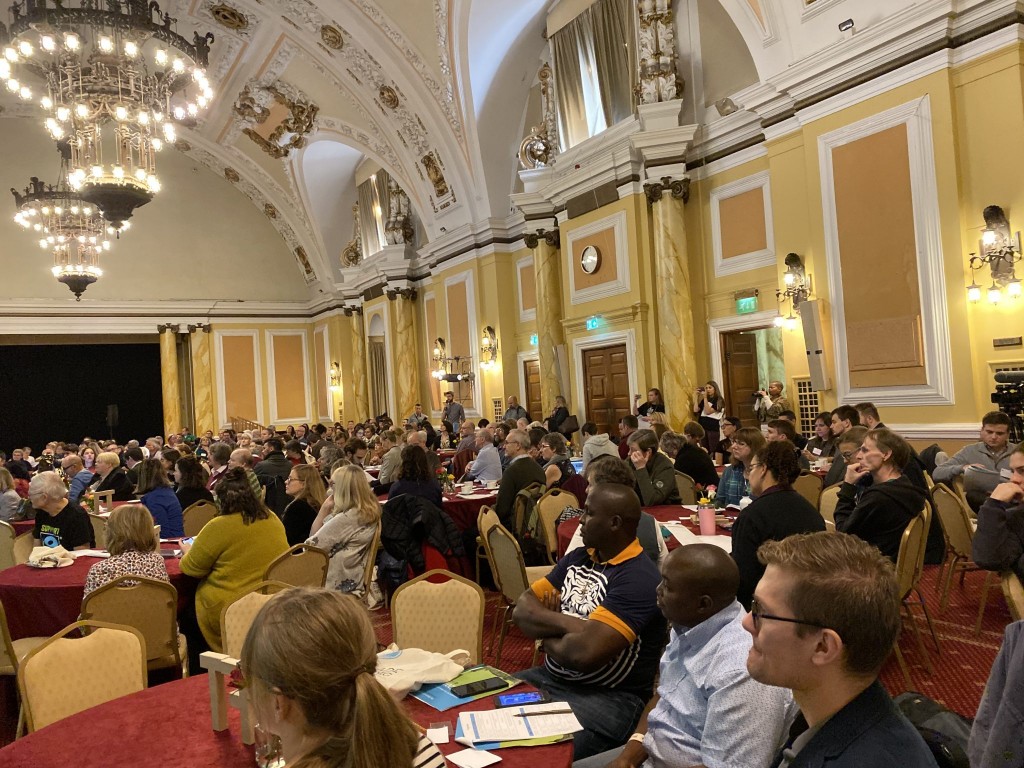 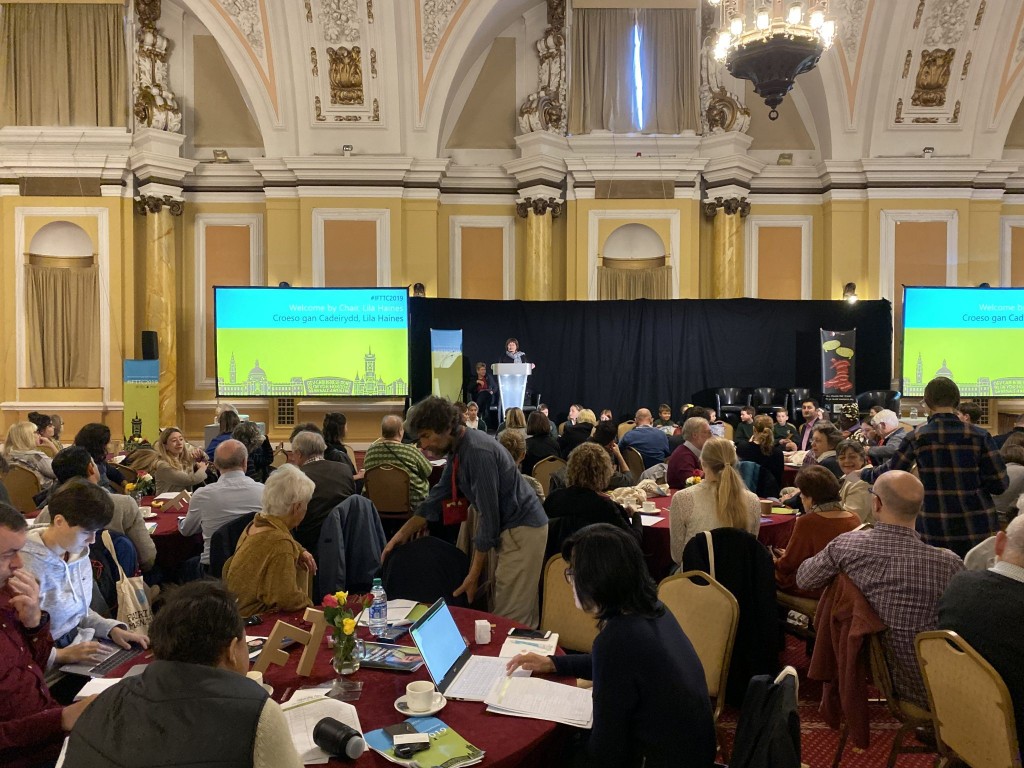 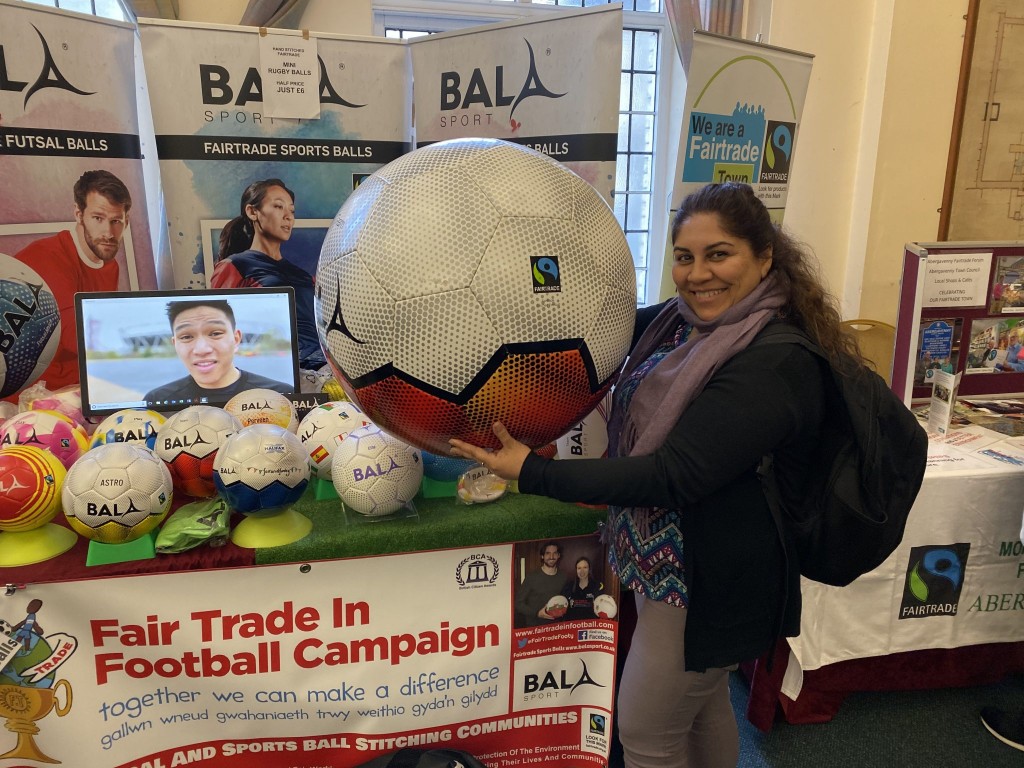 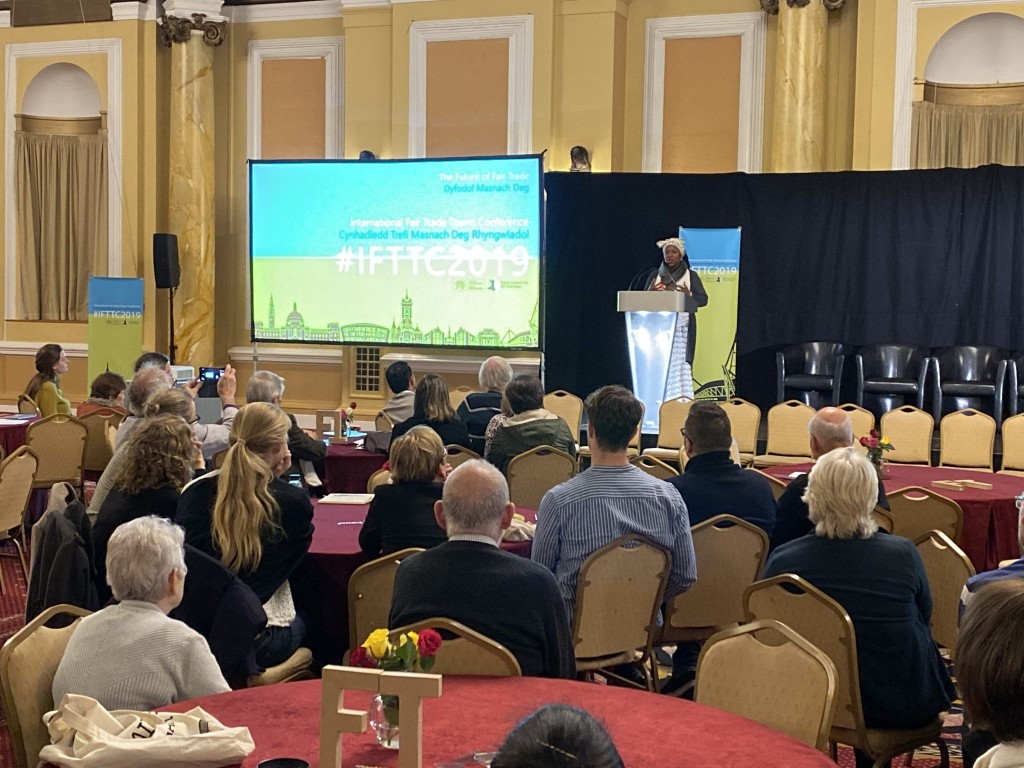 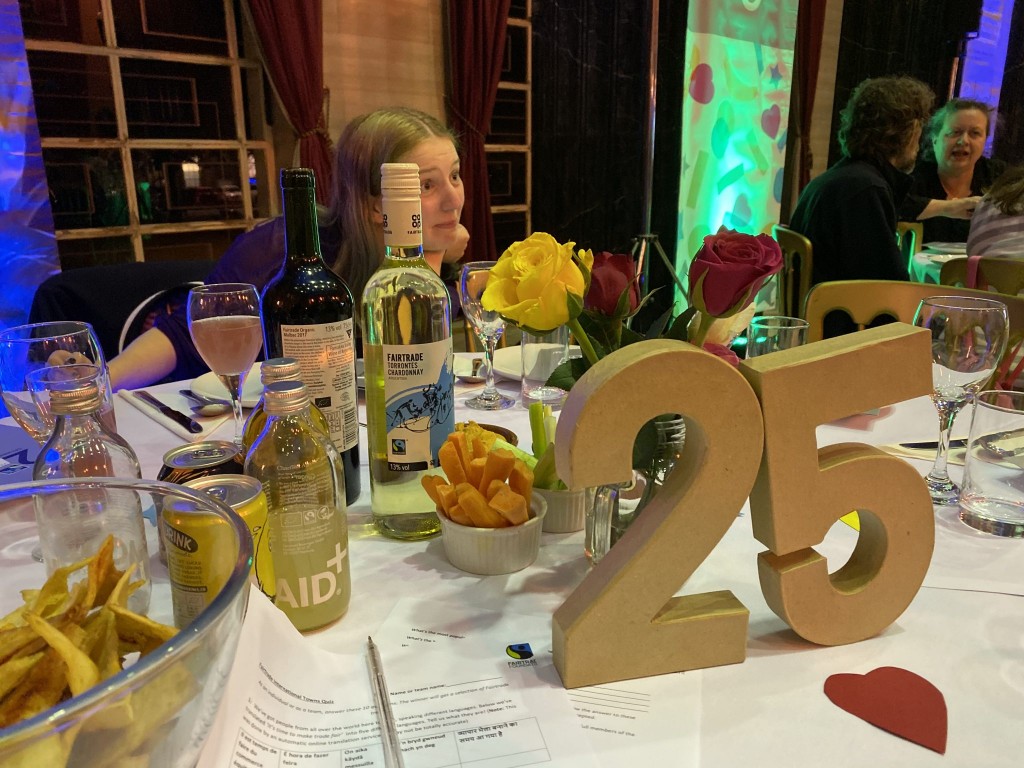 On the Saturday evening delegates celebrated the 25th anniversary of the Fairtrade Mark with a dinner and dancing at the stunning Temple of Peace building. 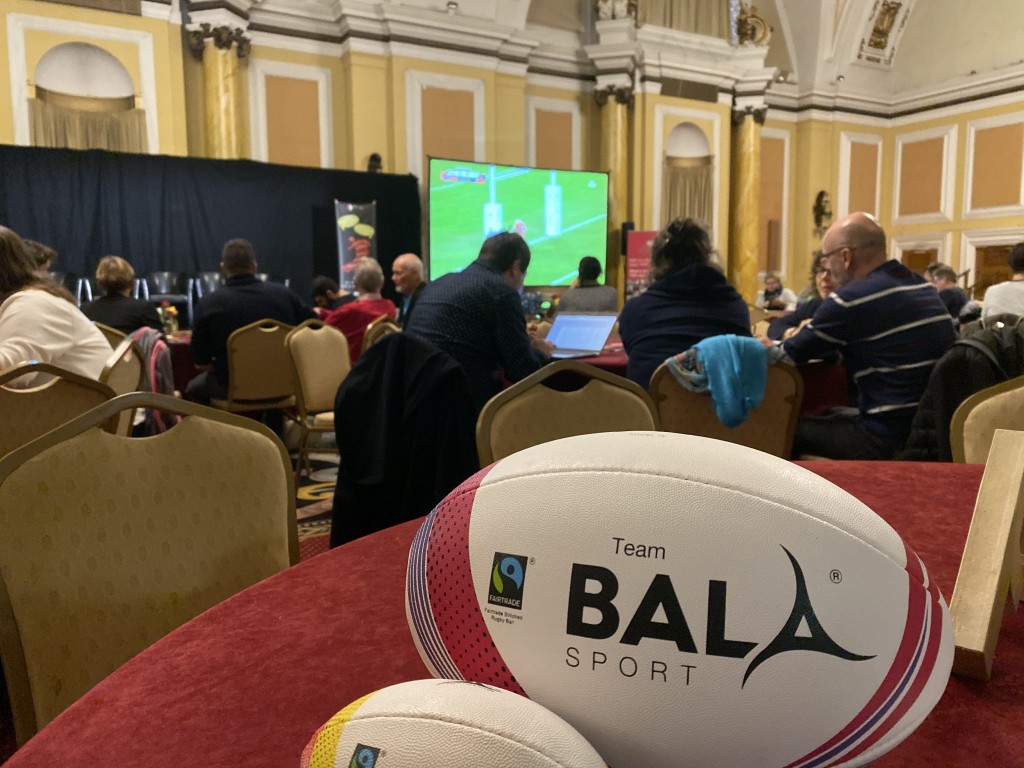 Only in Wales! Delegates were asked whether the start of the Sunday session should be delayed to allow more time to watch Wales vs France in the Rugby World Cup. 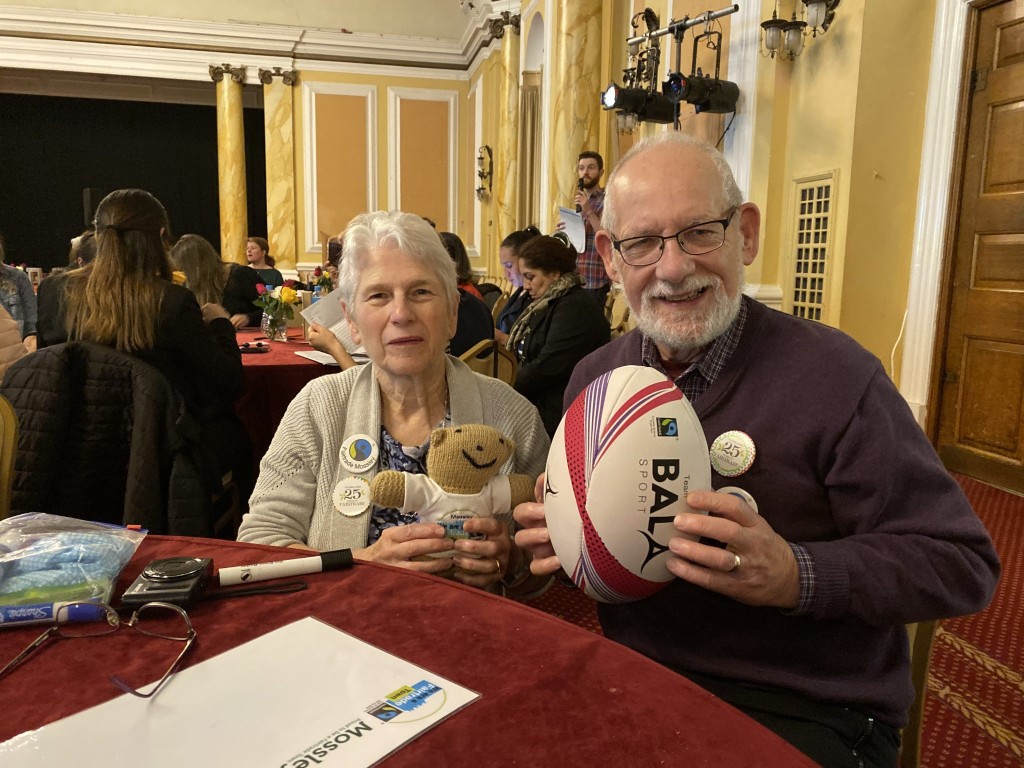 It was great to meet so many Fair Trade Groups from around the UK and around the world, like Fair Ted and his guardians from Mossley. 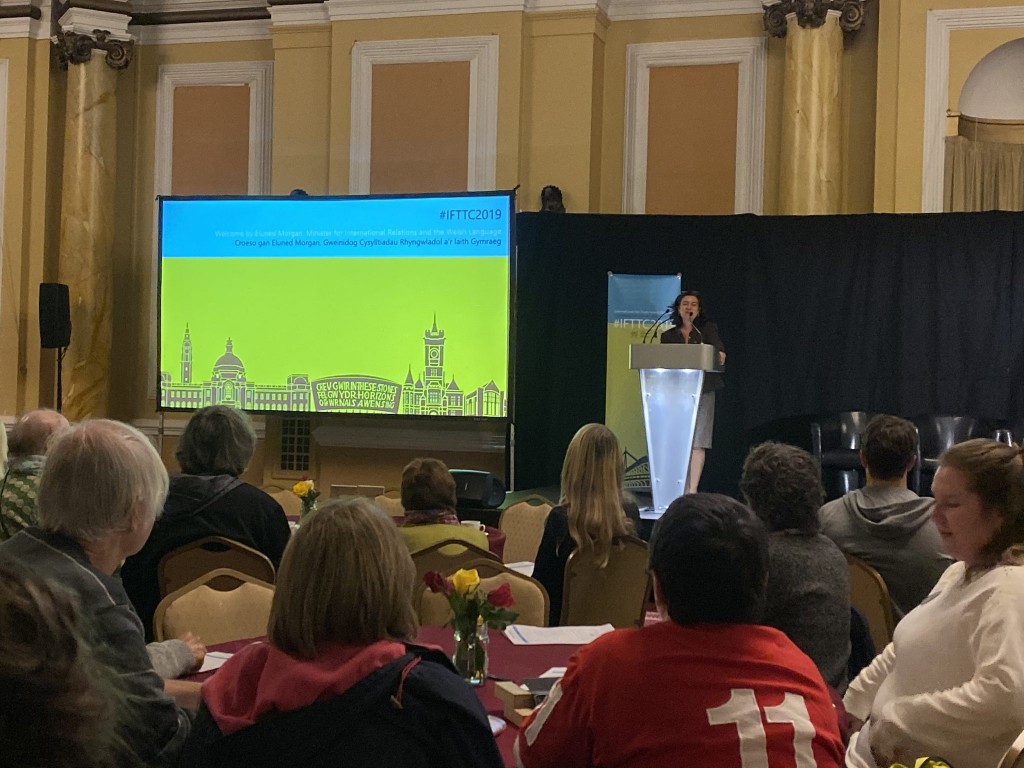 Fairtrade sports balls got a special mention from the Welsh Government’s International Relations Minister, Eluned Morgan. Maximising her enthusiasm for Fair Trade we challenged her to see if she could persuade the Assembly to ensure that Fairtrade sports balls are used in every local authority sports centre in Wales. 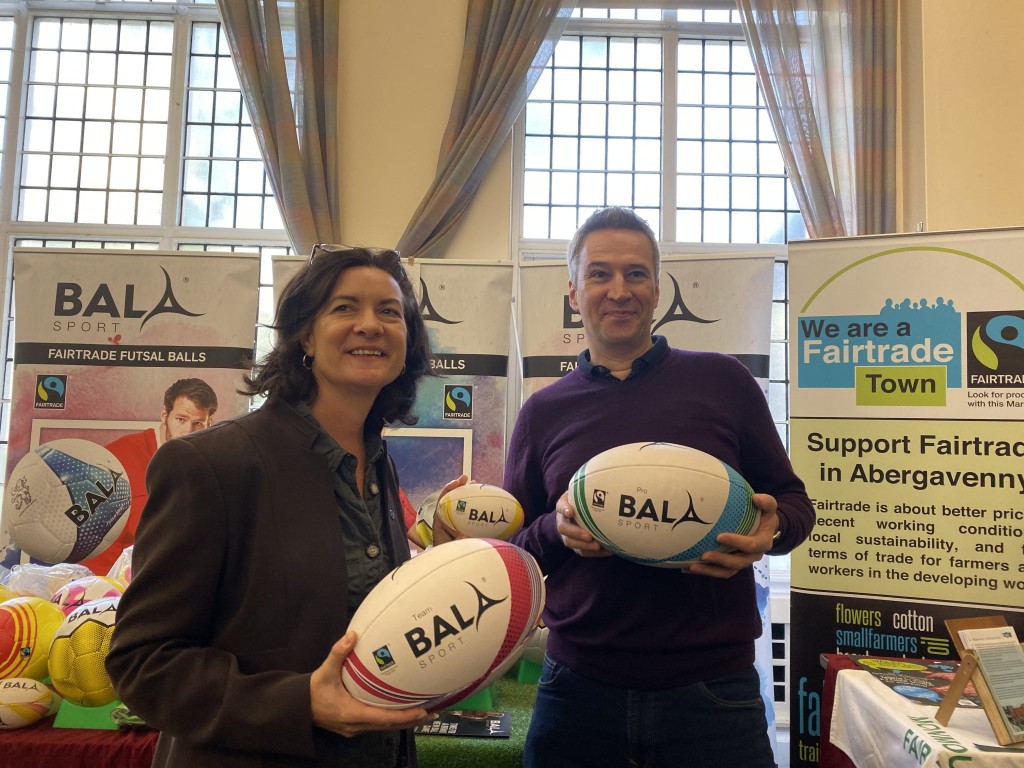 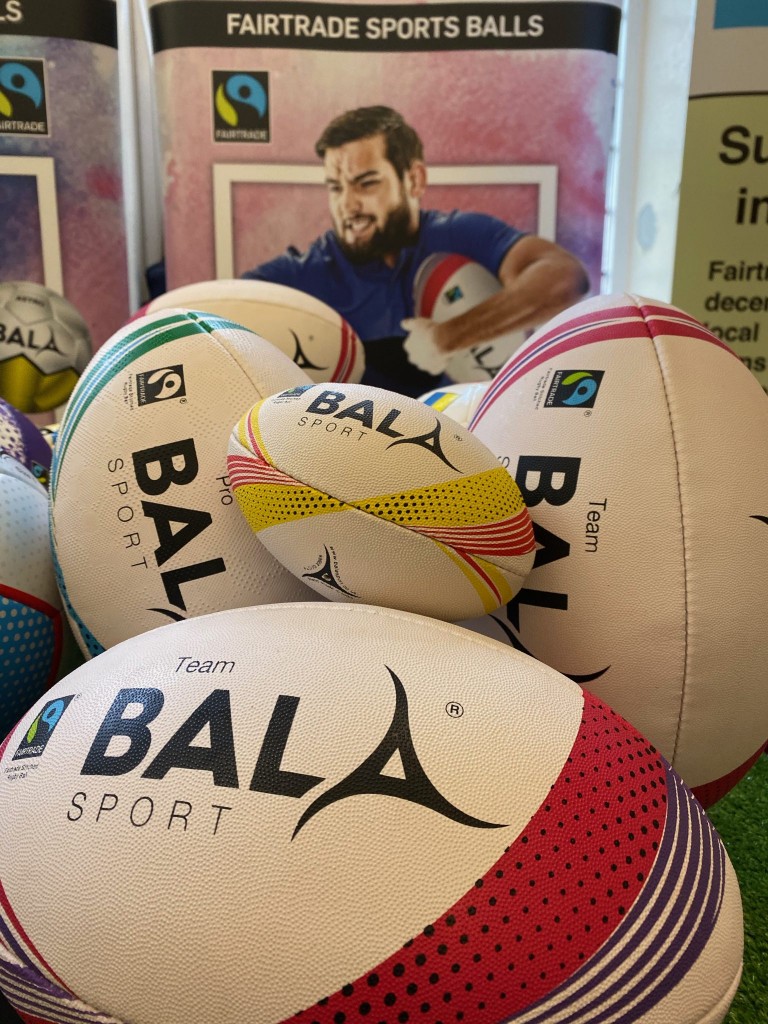