We’ve always known that Bala Fairtrade sports balls would be of interest to schools wanting to make an ethical choice, but we didn’t expect them to want to invest in our business. We were therefor very excited to receive an application from Gleniffer High School in Paisley to become a member/ investor in our community share offer. Gleniffer are now officially the first school in the UK to become a member/ investor in a Fairtrade sports balls business. 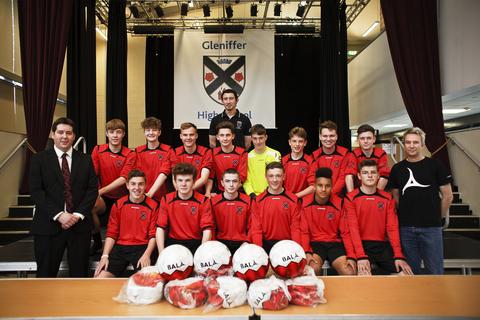 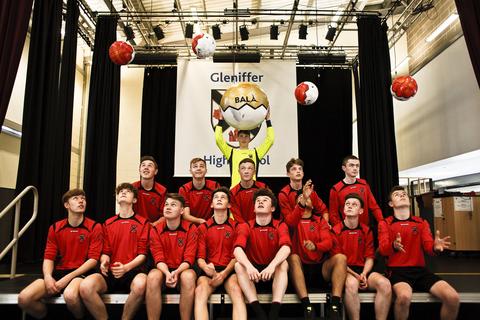 PE Teacher, Dominic Tollan took part in a 5-s-side Fairtrade football tournament organised by MSP, Neil Bibby back in Fairtrade Fortnight. He was so impressed by the Bala Team training balls used that he decided to get the school on-board. With Fairtrade on the curriculum it was agreed that becoming a member of the Bala Sport community benefit society woud be a good way for pupils to learn and actually have a say in how the co-operative is run as a shareholder organisation.

As well as being a shareholder, Gleniffer also now has 14 Bala balls to use as match balls in their games against other schools – thanks to Neil Bibby who donated the proceeds of his 5-a-side event to buy the balls for the school.

As some of our youngest investors, we look forward to hearing from the pupils their suggestions and opinions in our democratic business process.

If you’d like to become a member/ investor in Bala Sport (from as little as £50) check out our share offer page or apply online at www.microgenius.com.