AT BALA SPORT WE BELIEVE IN OUR WORKERS AND IN OUR PRODUCTS, BUT WE DON’T JUST WANT YOU TO TAKE OUR WORD FOR IT.

Our customers and partners have some really good things to say about Bala Sport Fairtrade balls too.

“We have been using the Bala fairtrade rugby balls when delivering rugby sessions as part of the Pitstops project. Piststops is a partnership project between ng homes and School of Hard Knocks aiming to engage with unemployed men and women over 18 and inspire them to take steps towards employment and other positive destinations. Participants take part in an 8-week personal development course involving rugby and fitness training, learning, workshops, day trips, qualifications and one-to-one support. 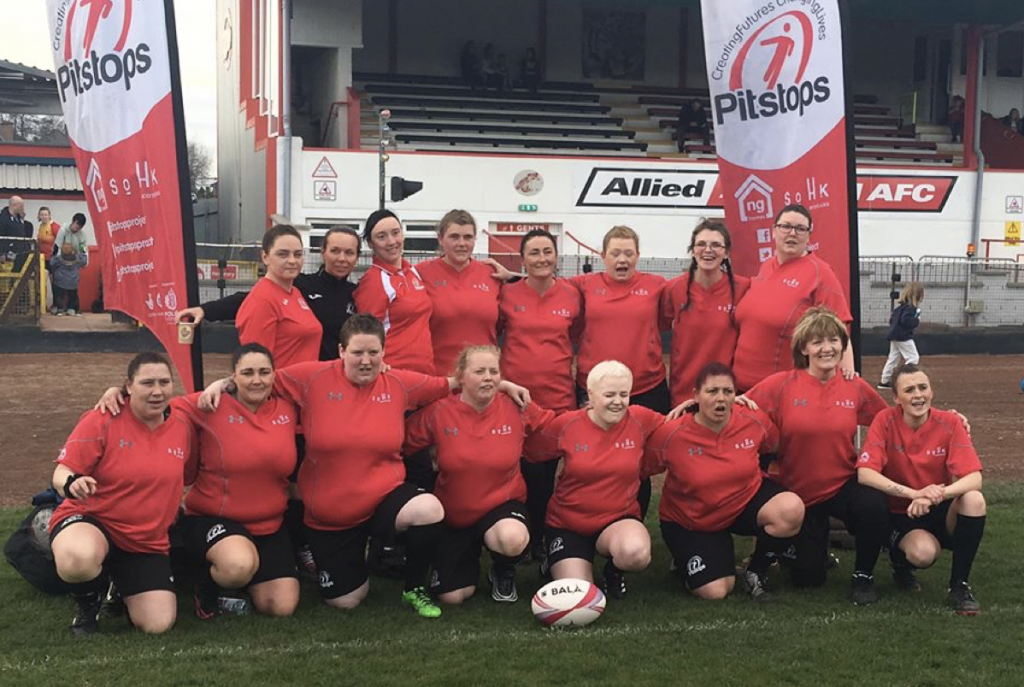 “Following the course the project keeps graduates engaged by running a number of regular activities under the ‘HaVaTry’ umbrella, including bootcamp, touch rugby & running. The ‘HaV’ stands for ‘Homeless and Vulnerable’, and the rugby-specific activity is linked to the Homeless Rugby initiative run in England & Wales. Bala balls have been used for training sessions in both Glasgow and Edinburgh when selecting the squad to participate in the International Cup held annually in Worcester. 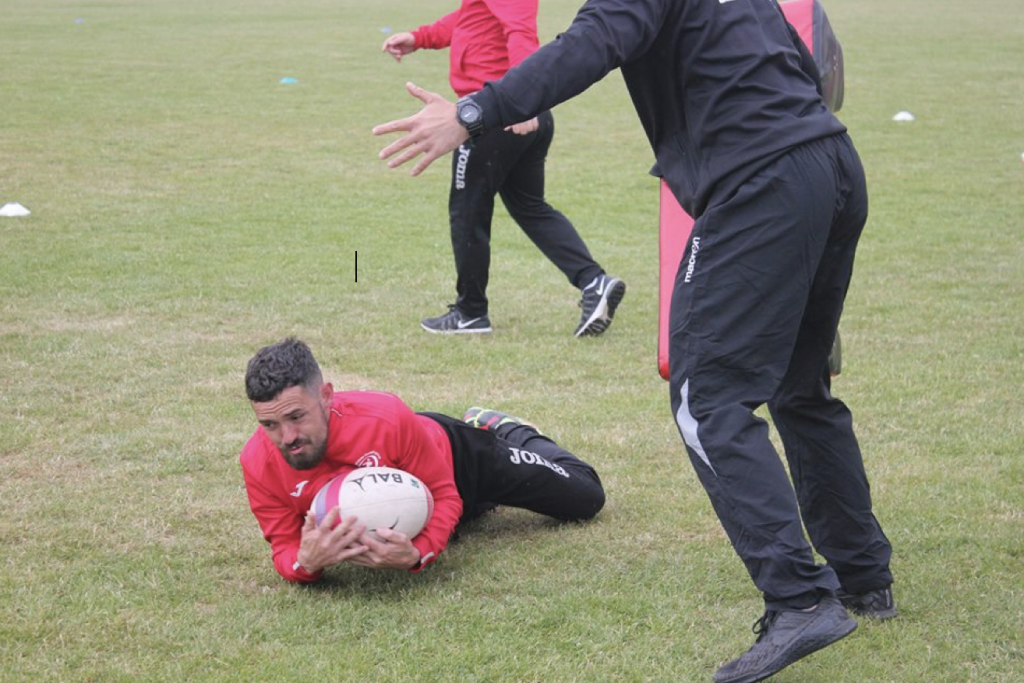 “Through these activities we have made significant use of the Bala fairtrade rugby balls and have found them hardwearing, good quality, competitively priced and ideal to handle for our participants. We also welcome the Fairtrade element as the message we are trying to instil in our participant includes respect for others and their environment. We would be happy to recommend the balls to any similar project or activity group.”

AFC Unity is a multi-award winning independent woman’s team in Sheffield. The club has committed to using Fairtrade training and match balls from Bala Sport. The club recently won a prestigious Football Association Respect ward. Check out the FA’s video on AFC Unity and spot the Bala Sport Fairtrade balls. 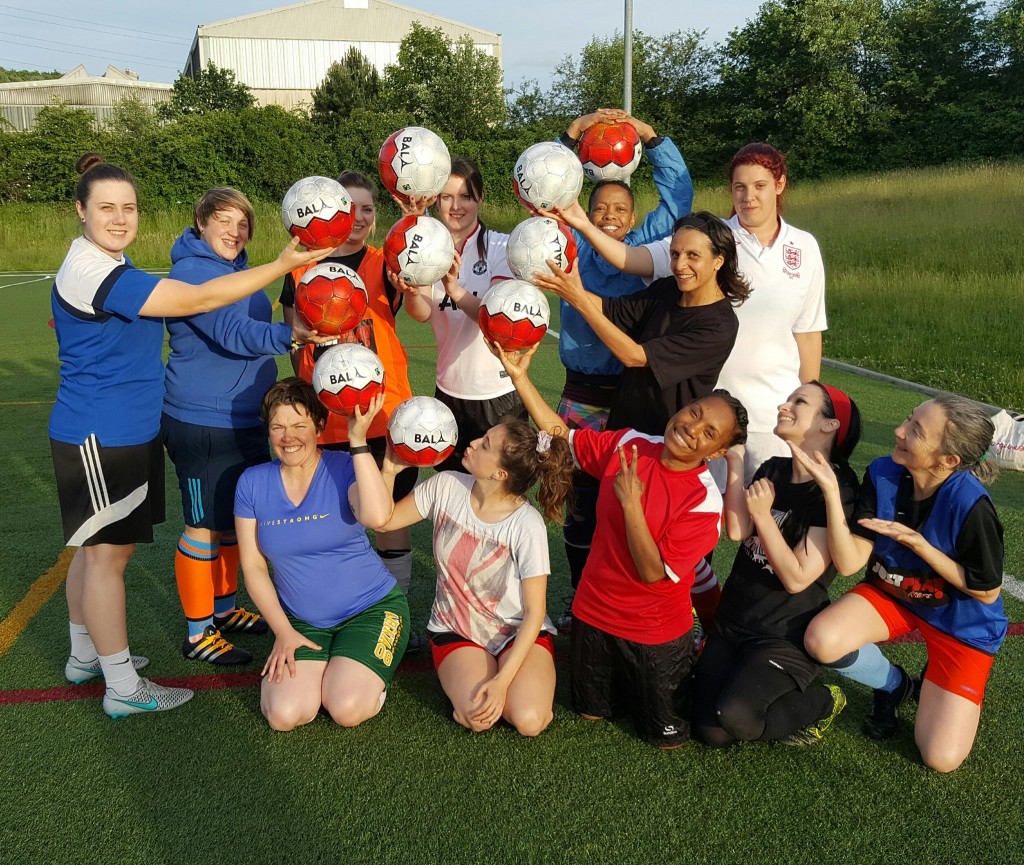 “In AFC Unity’s commitment to community, fair play, and a fair deal for workers, we were overjoyed to discover Bala Sport. It took us a long time to find the right ethical sources for our footballs in our quest to use football as an active contributor to a fairer society, and to discover Bala Sport was a relief.

“The balls have been as durable – if not more durable – than balls made by companies that are household names, and we have two teams training every week, and intermediate sessions several nights a week; these balls keep on going!

“We have used both training balls and match balls and are proud to not only be buying and using these balls, but to display the Fairtrade mark on them for supporters, players, and other teams to see; it has raised awareness of the importance of the Fairtrade premium and the issues around sports equipment production.

“The service from Bala Sport has also been very efficient; payment and delivery processing of the equipment has been really fast and secure. The fact that Bala’s stuff is Fairtrade is just the icing on the cake for us!“

Dr Anna Stodter has a job she loves, she teaches sports coaching at Anglia Ruskin University and at weekends she plays rugby for Saracens, and has played for the Scotland women’s rugby team. She has also coached the Cambridge University Women’s Rugby Team to victory in the first ever women’s varsity match at Twickenham. 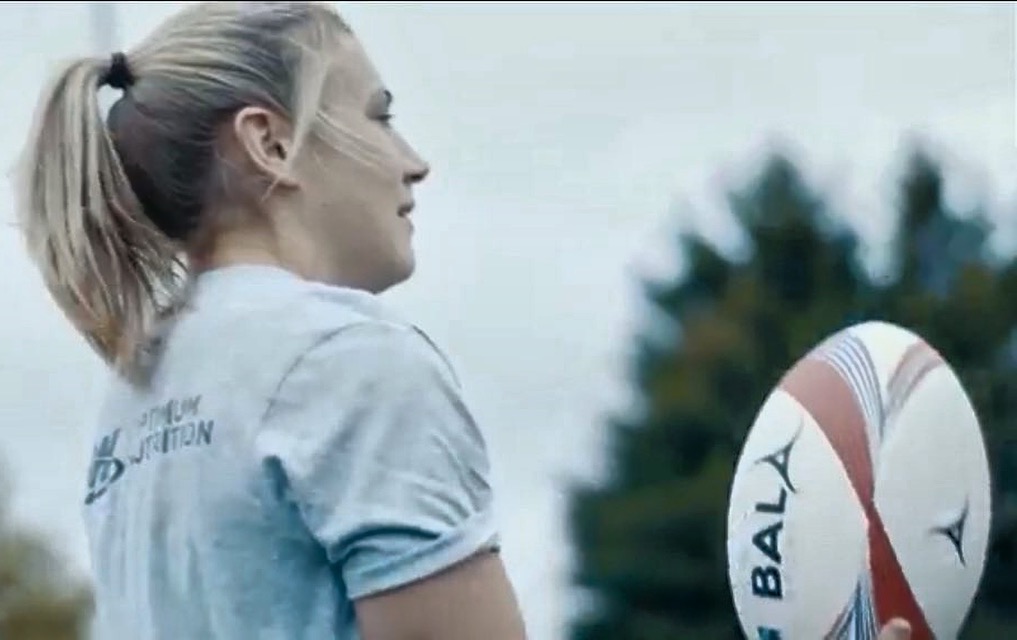 “Thanks to Bala Sport I can train with rugby balls that not only look smart, but are also well made by workers that are fairly treated. Can’t wait to try out some Fairtrade footballs too.”

The Street FA and Centrepoint Sport worked with Bala Sport to develop a special futsal ball which had it’s debut at the 2016 European Street Football Festival in Manchester. 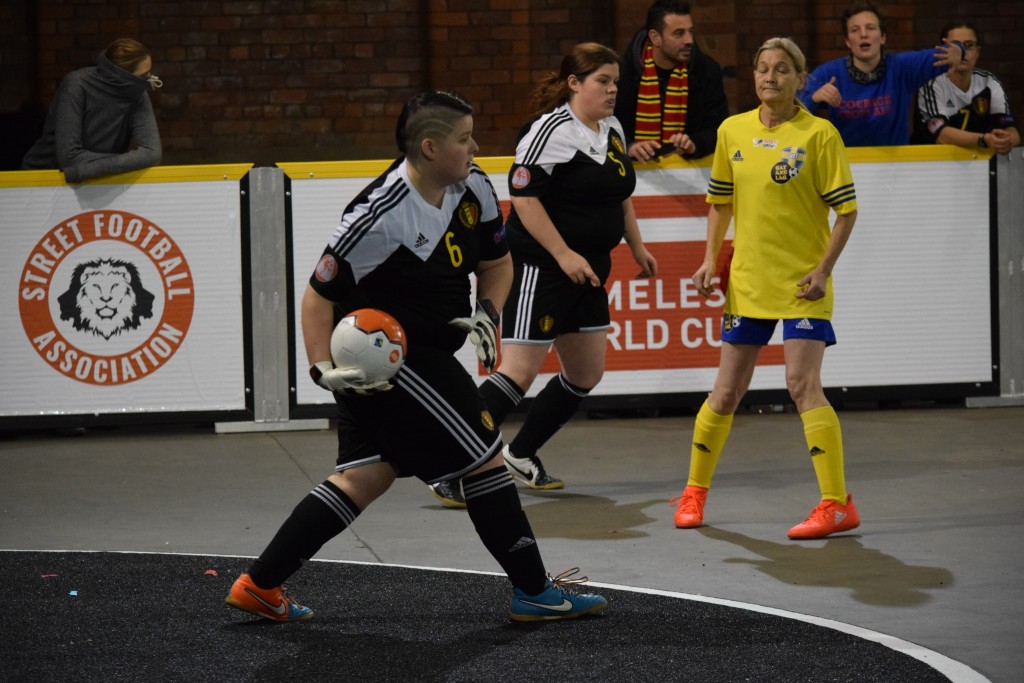 “We’re ecstatic with the balls and the players are too. I love the balls, they’re fantastic quality, irrespective of the Fairtrade Mark or the fact that we’ve worked together on this they’re a really good ball and in terms of functionality and the conditions.

“We [sometimes] play street football on concrete and they’ve stood up to all of that and I was very proud, especially having worked with Bala in the production of these that when it came to St Georges Park and the National Football Centre when we rolled our hundred balls out of our bags,and all the players from around the world took part in the training session, they looked amazing and they played fantastically.”

Gareth Parker, Head of Centrepoint Sport and Chair of The Street Football Association.

At the Homeless World Cup in Glasgow a staggering 3215 goals were scored in 341 matches over 7 days, the Bala Astro was the perfect match for the challenge. 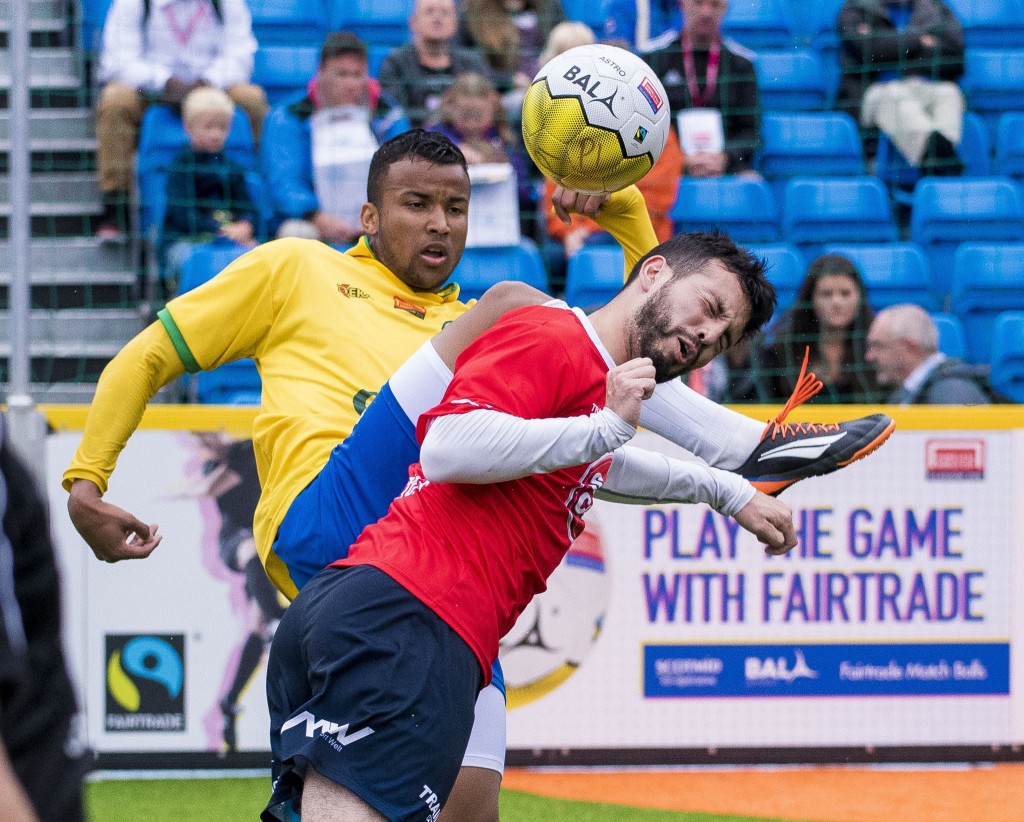 “If everyone bought into the Fairtrade concept then there would be much less poverty in the world. So, when the offer of using Fairtrade balls at the Homeless World Cup was put to us we were very keen to make this happen. The concept is great and the balls are really good. By acting together we can change the world completely.”

Yorkshire based fairandfunky sell Fair Trade, organic and recycled products and run very popular events and workshops for kids. The organisation was one of Bala Sport’s first clients for customised Fairtrade balls. 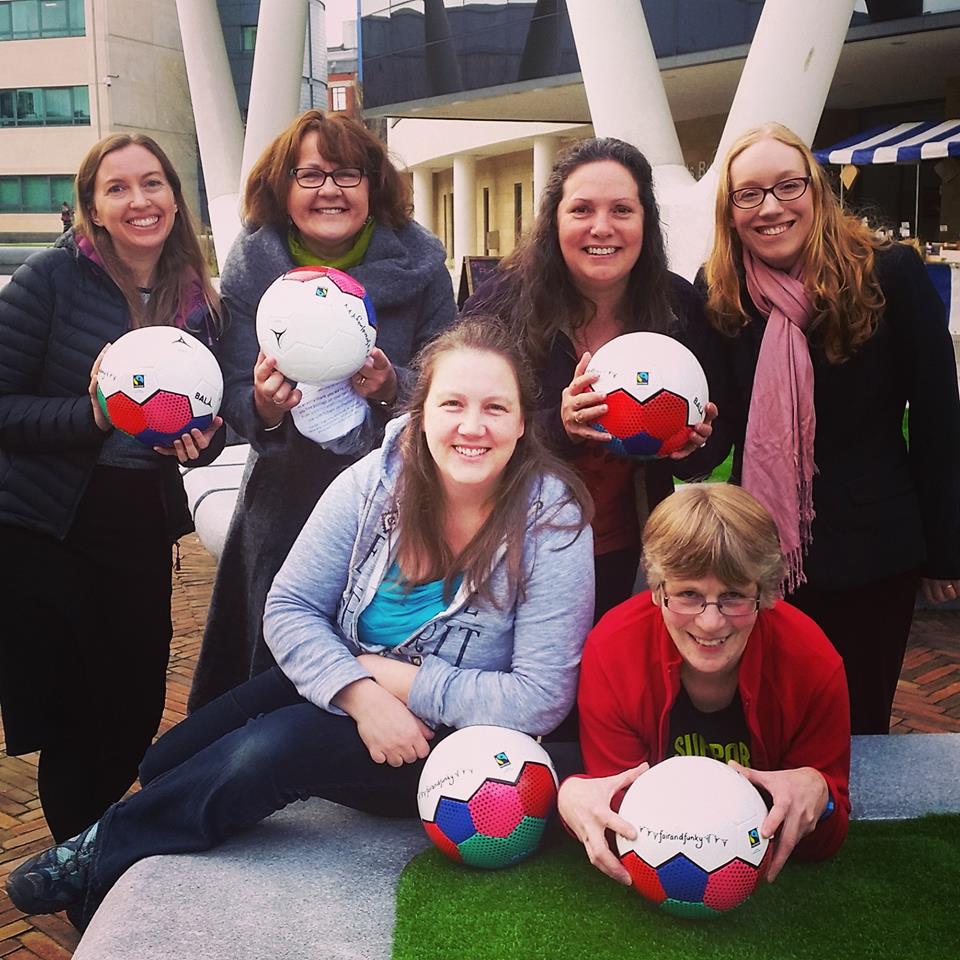 “fairandfunky love having our logo on Bala Sports Balls – knowing that each ball we order makes a difference to the lives of workers in Pakistan is very empowering! The balls are excellent quality and we love that they keep Fairtrade alive beyond the classroom for children in our workshops. By partnering with other local businesses we aim to get Fairtrade balls in lots more schools across Yorkshire.”