A Load of Fairtrade Fortnight Balls

Once again the theme from the Fairtrade Foundation was food and drink product focused, but with an enough scope to allow campaigners seeking new challenges to focus on Fairtrade sports balls. We of course were delighted by the efforts some groups and individuals went to to shout about our balls – A HUGE THANKS to all for that!

Here are just a few of the highlights… 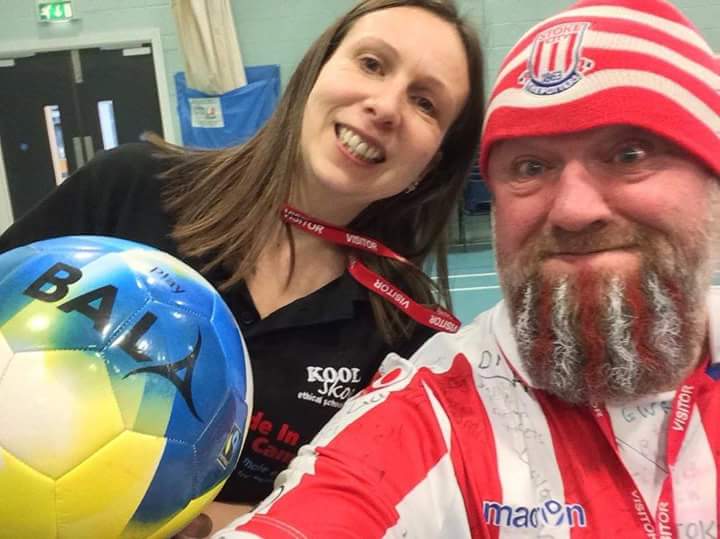 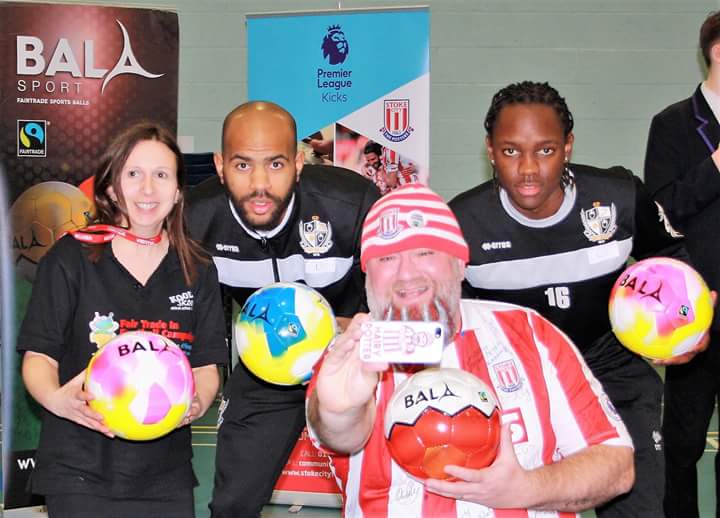 A high impact campaign came out of Stoke in the form of a Selfie World Record attempt. We have the mighty Sharron Hardwick from the  Fair Trade in Football Campaign to thank for the attempt being made with Bala Sport Fairtrade footy balls. Fingers crossed the awesome Stoke super-fan, Hairy Potter and the team behind the project score their goal when the verification comes through. 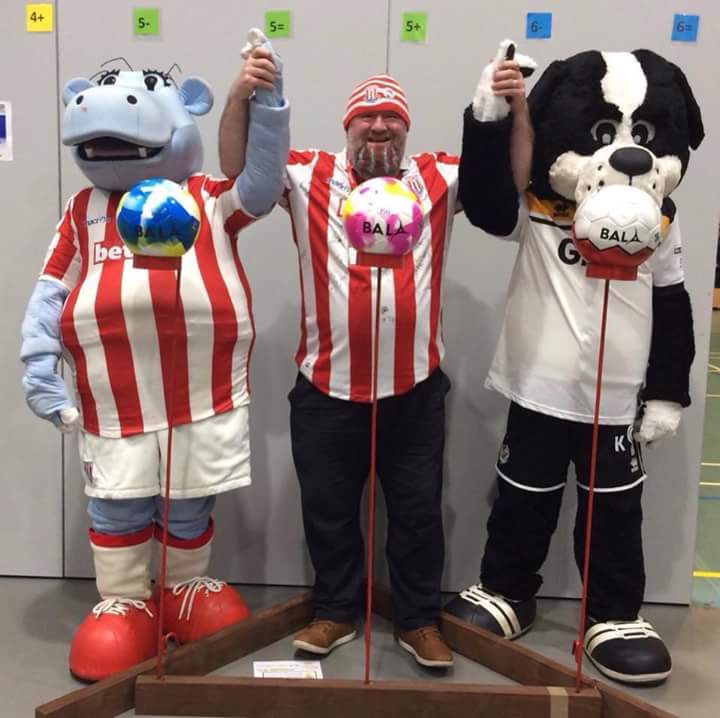 Events took place all over the country featuring Bala Sport Fairtrade balls with the most Northerly one we attended being the indoor schools footy tournament organised by the Ullapool Fairtrade Group and featuring local primary schools and some from across the Scottish Highlands – superb effort! 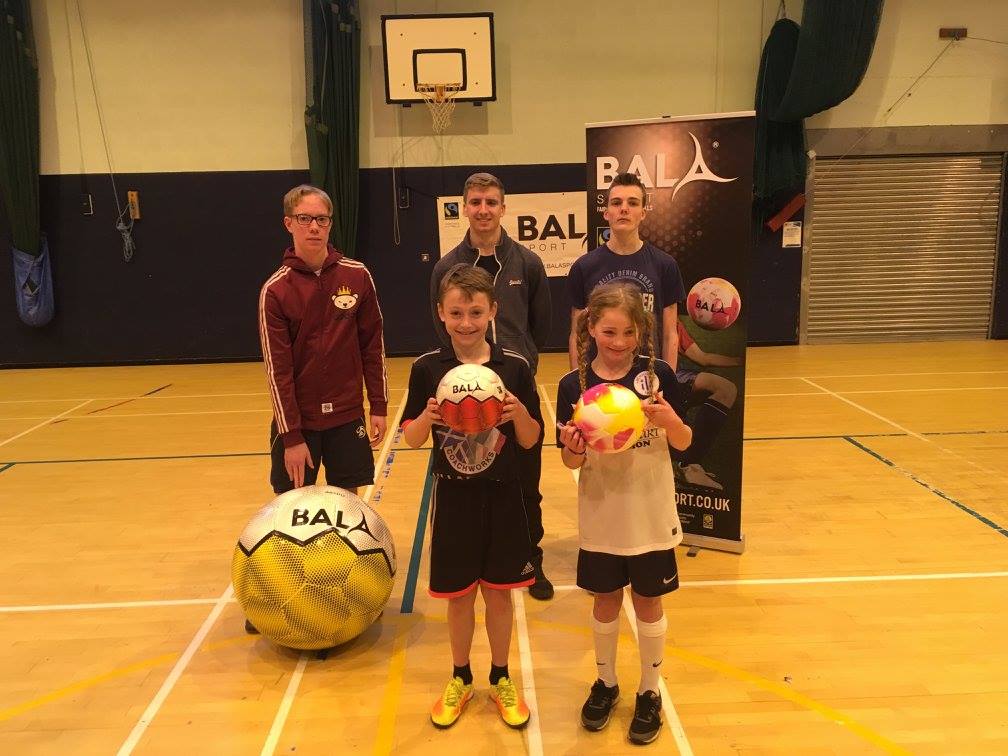 The winning boy and girl of the tournament receiving their Bala ball prizes. 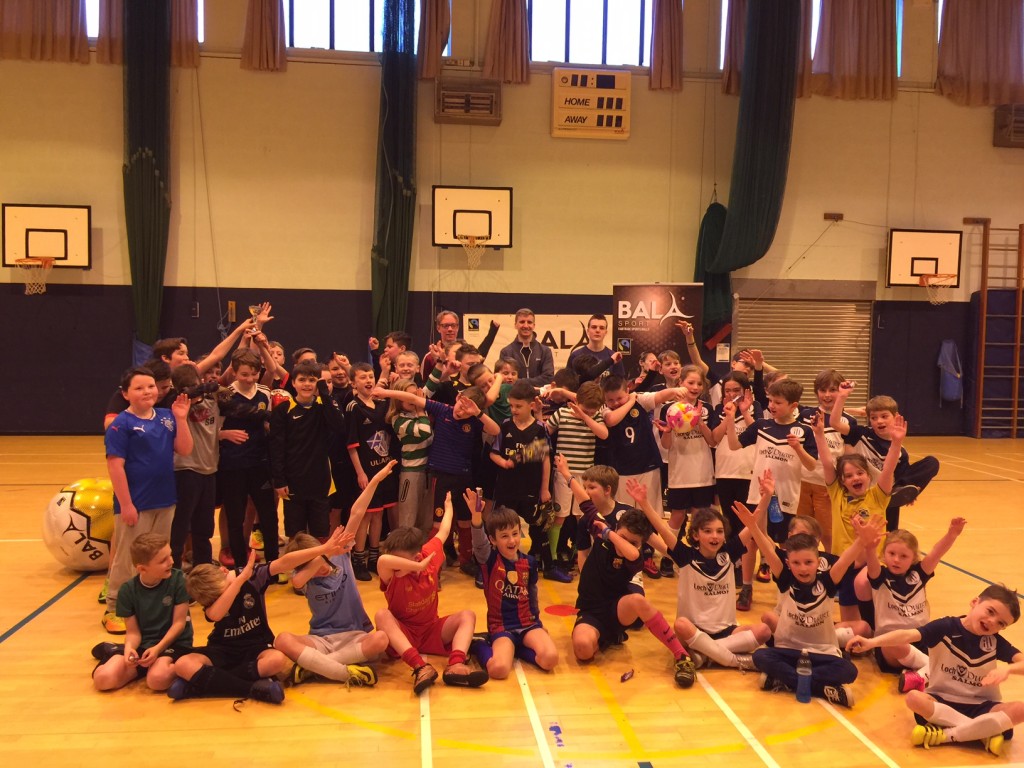 The campaign group, Aberdeen for  Fairer World did a great job by organising a debate at Bridge of Don Academy on whether or not the school should buy Fairtrade balls. We’re delighted of course the vote went to the yes camp. The group also managed to get Bala Sport Fairtrade footballs on pitch at half time during an Aberdeen FC game on the club’s community day. 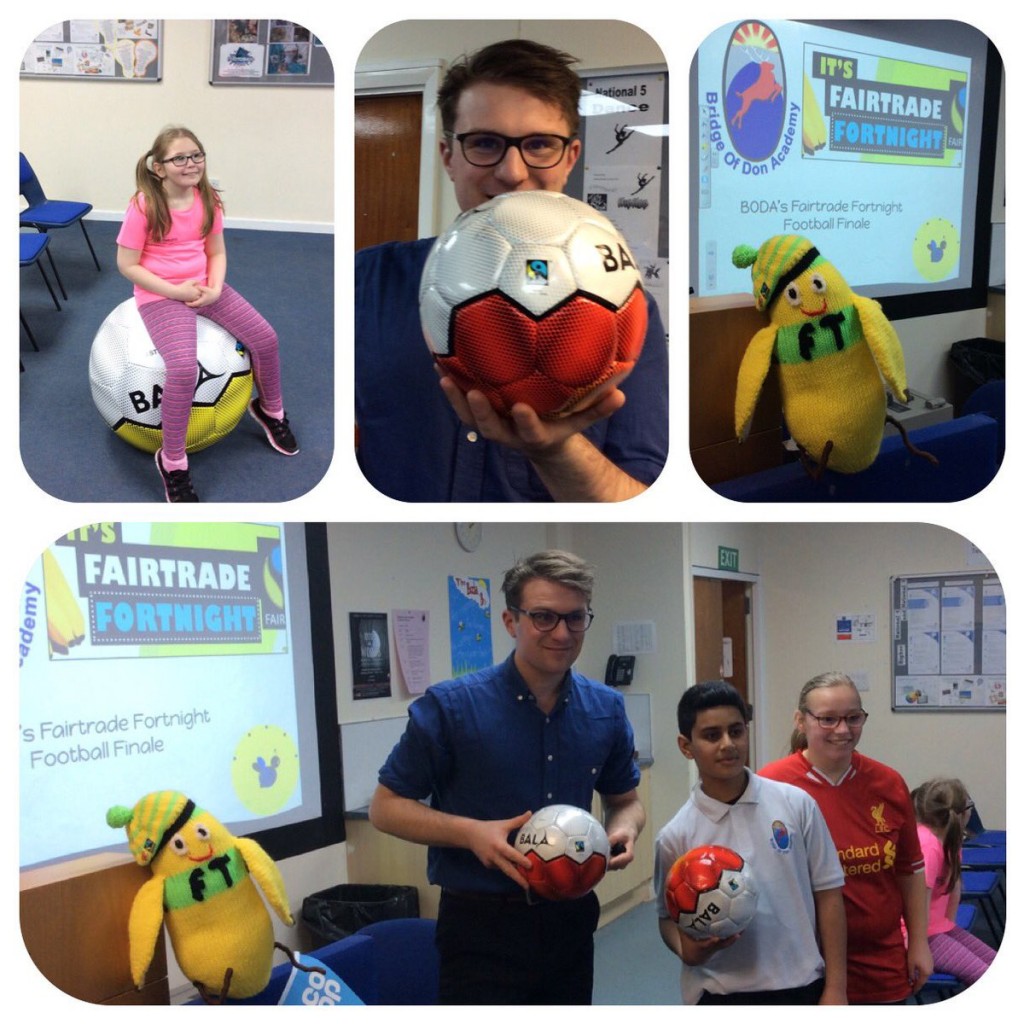 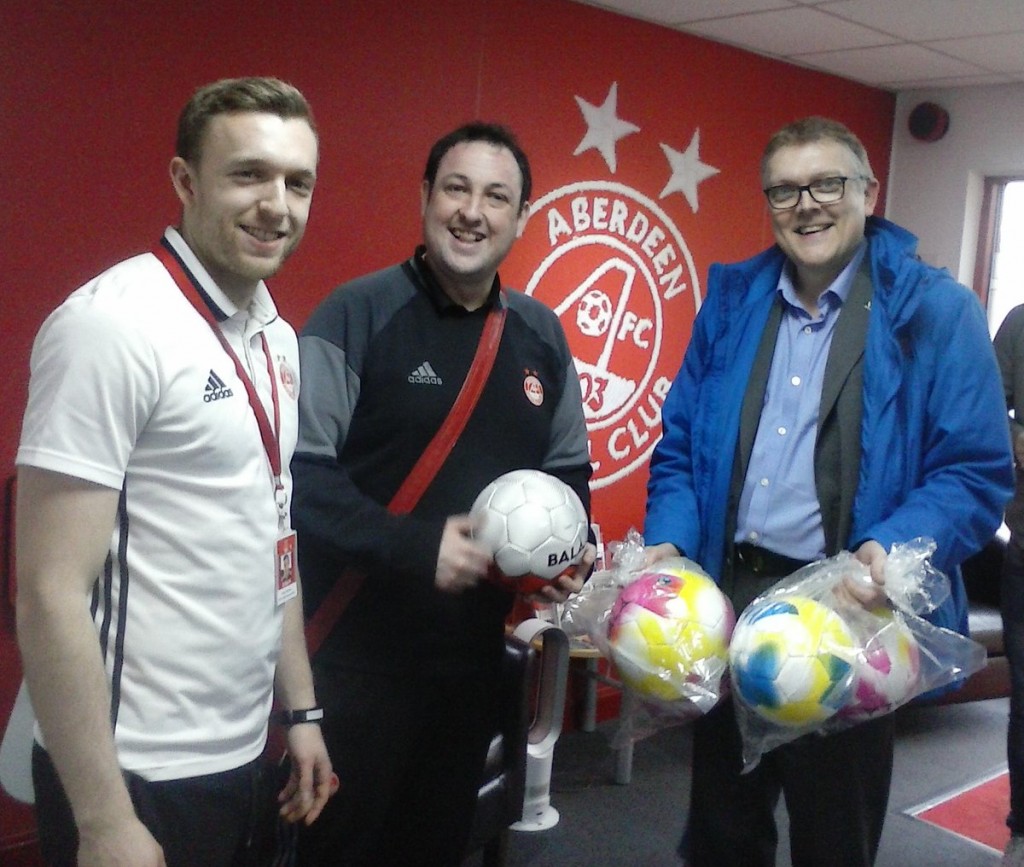 Yorkshire may have been the busiest region during Fairtrade Fortnight. The local Bradford walking football team tried out Bala Fairtrade balls and the awesome Fair & Funky organised conferences for primary and secondary schools which Bala Sport were on hand to do ball making workshops at. 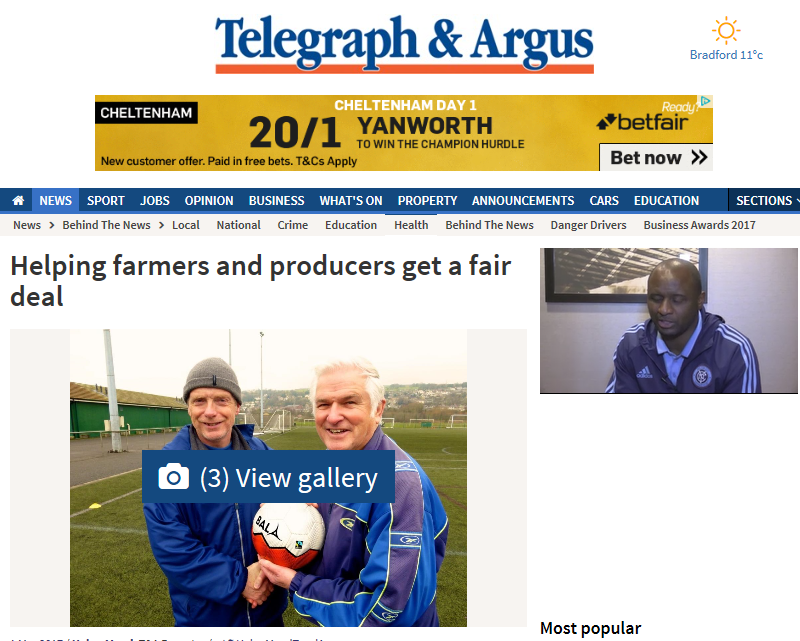 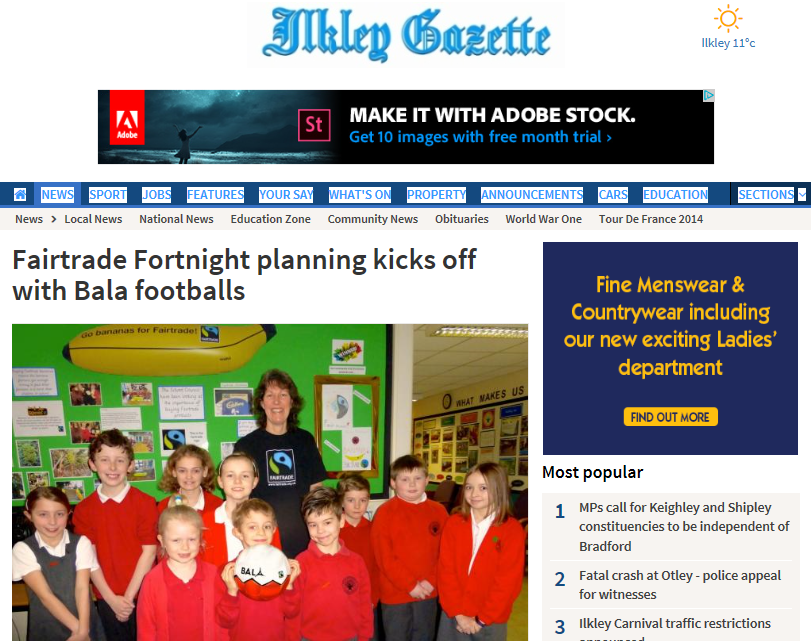 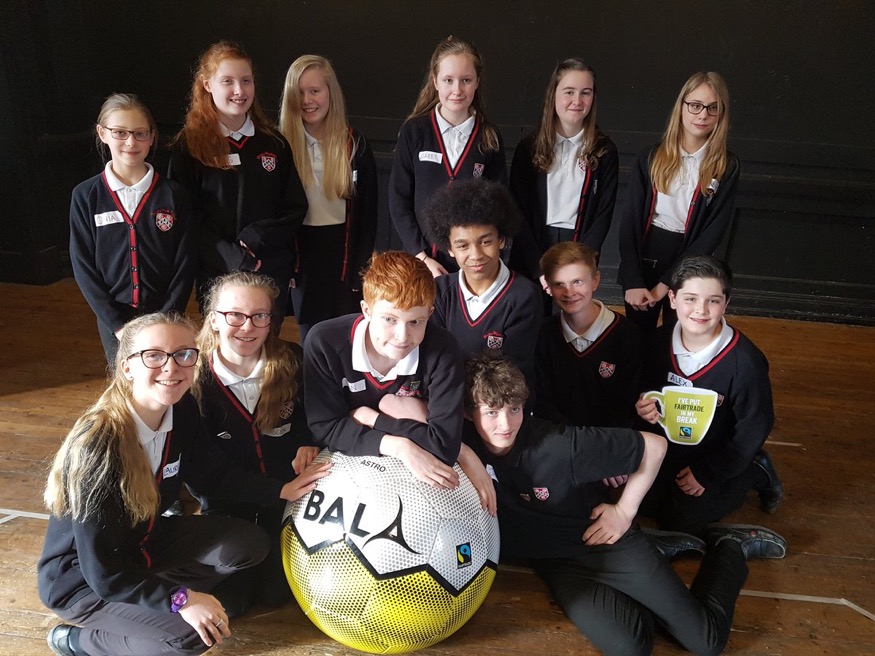 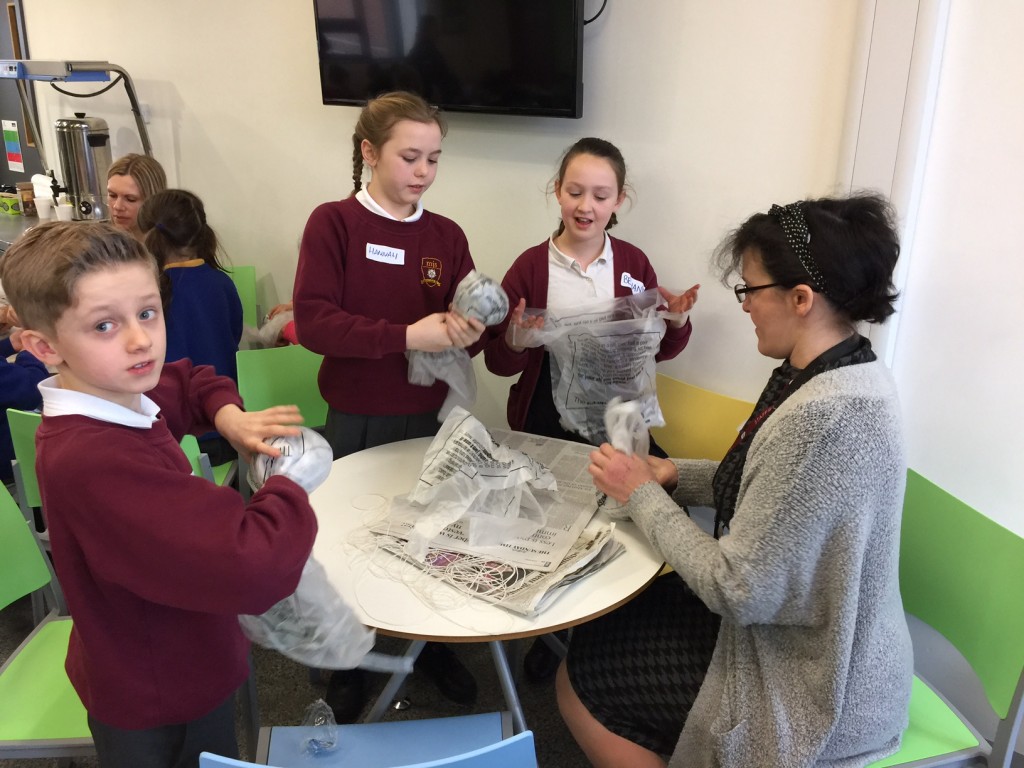 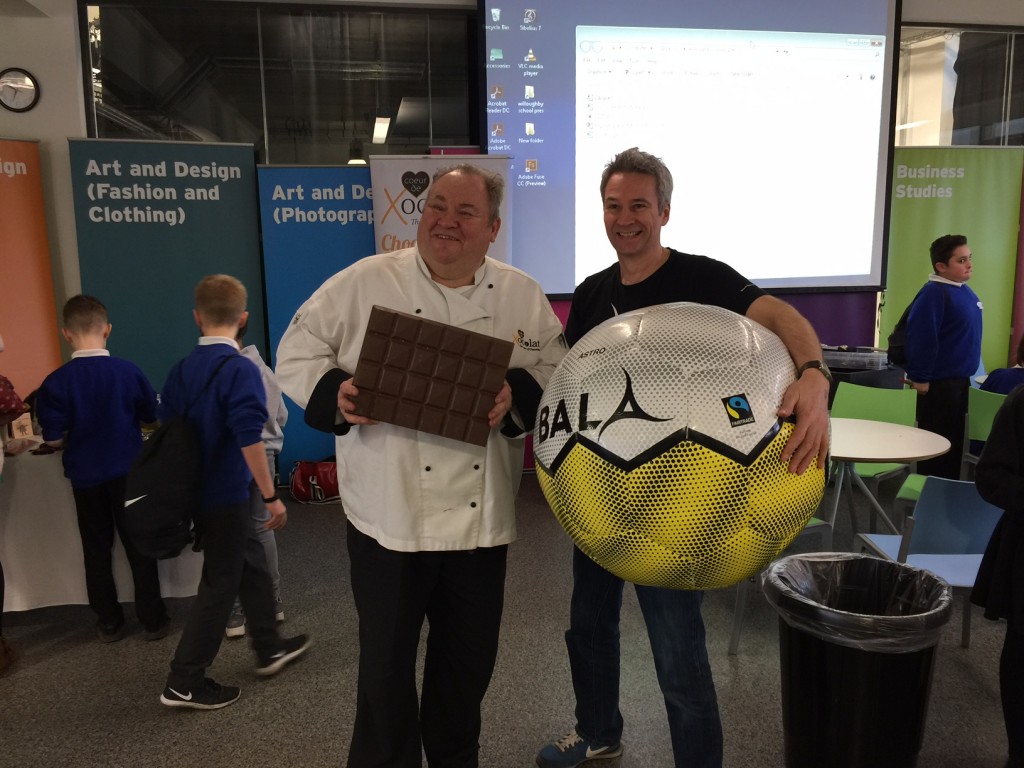 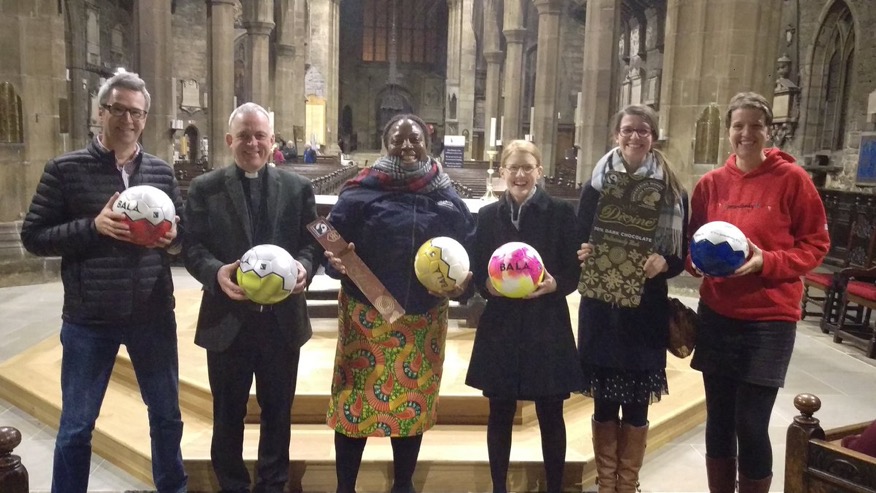 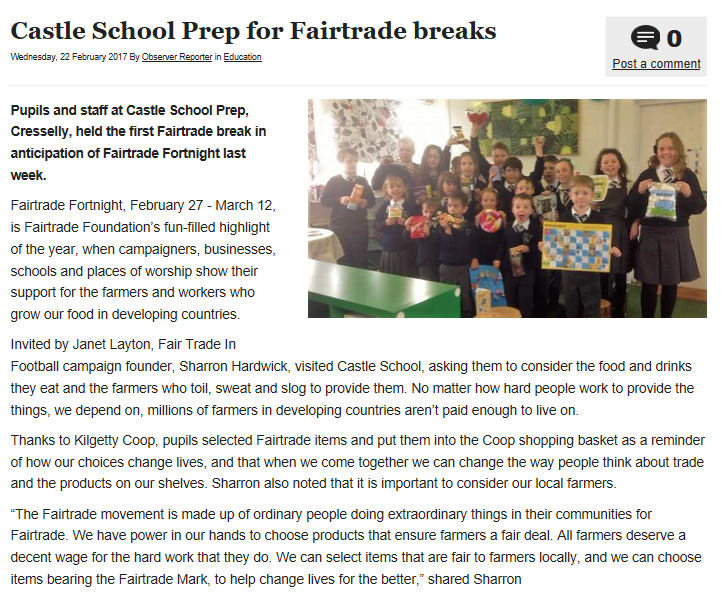 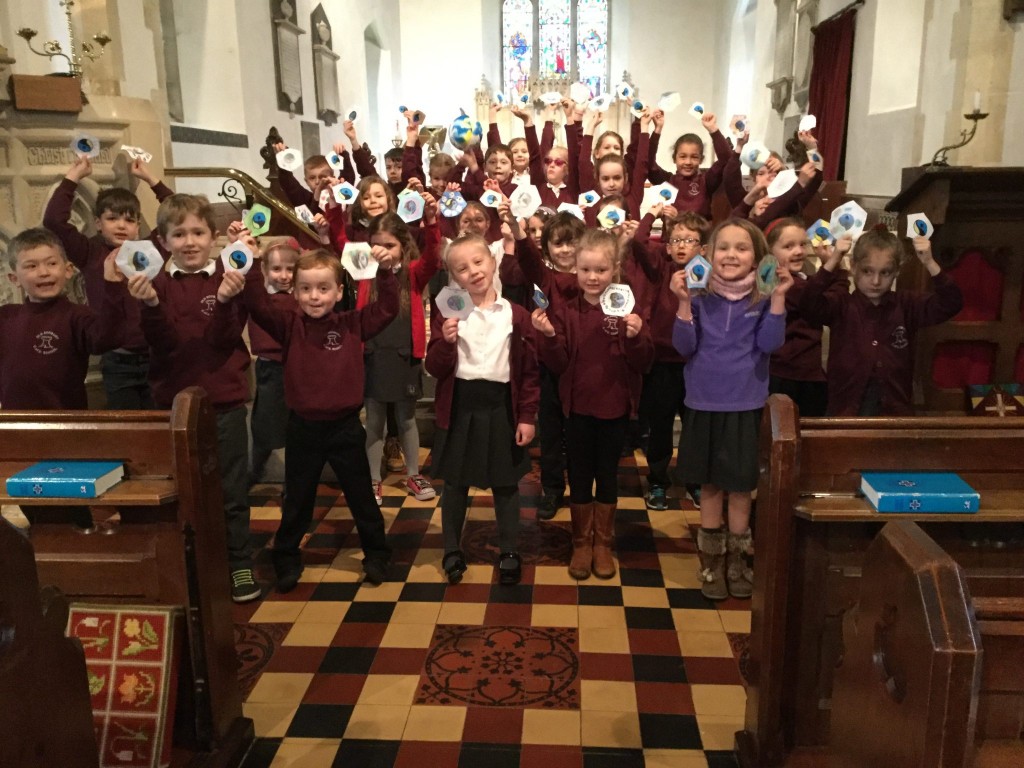 And we know exactly how this boy from Birdham primary feels about Fairtrade footballs – we love them too! 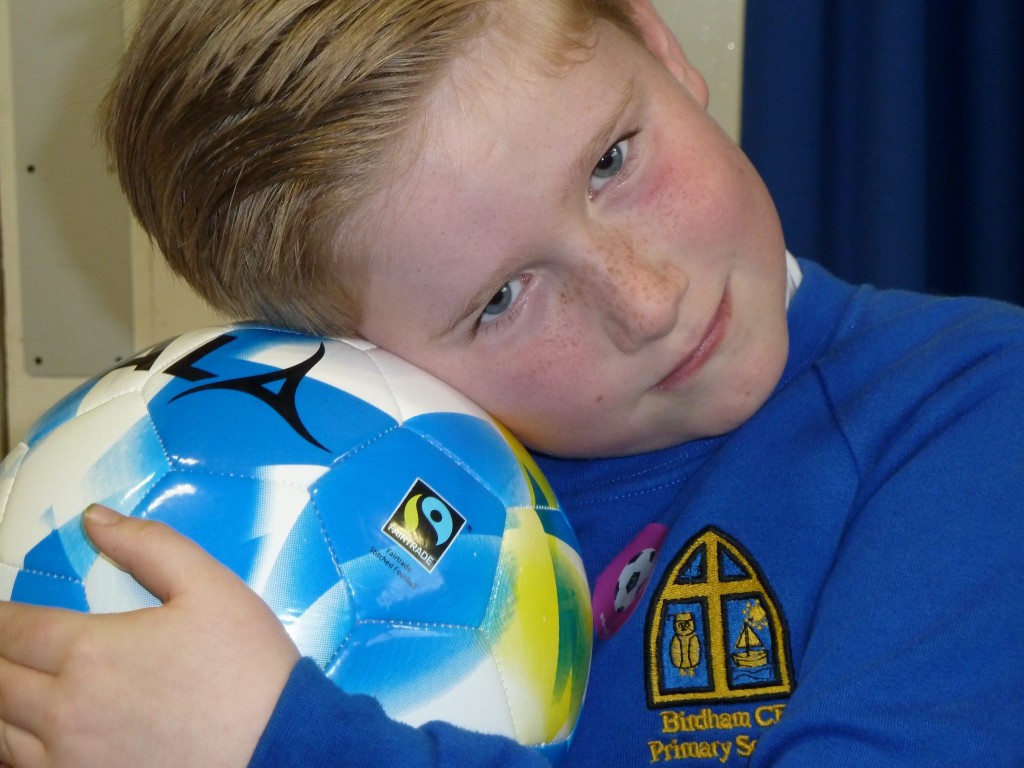 Thanks again to everyone who helped spread the word about our Fairtrade balls during FTF 17 – sales were good and the benefit to the workers in Pakistan is significant and they appreciate your efforts as much as we do!